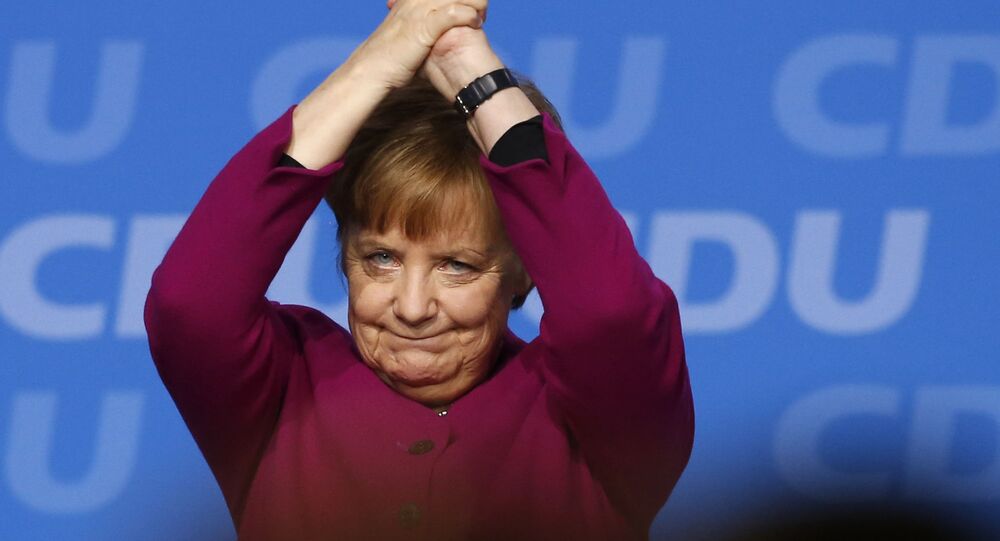 Last week, Robert Moritz, a member of the German CDU party’s executive committee in Anhalt-Bitterfeld district, confirmed that he was a member of Uniter, a private support network with links to right-wing survivalist, or “prepper” circles.

Germany’s Social Democratic Party (SPD) General Secretary Lars Klingbeil has blamed Chancellor Angela Merkel's possible successor at the head of the CDU Kramp-Karrenbauer for doing nothing to stop right-wing tendencies in her party.

“What we are seeing in the CDU’s Saxony-Anhalt branch is a bursting of the dam against the far right,” Lars Klingbeil told the newspaper Tagesspiegel.

He was echoed by Social Democrat politician Ralf Stegner, who argued that developments in Saxony-Anhalt showed “the firewall against the far right is crumbling”.

Former Finance Minister Wolfgang Schauble, for his part, insisted that “democratic parties, and especially the party of which I am a member, must not have anything to do with neo-Nazis”.

Speaking to The Guardian, Armin Schuster, a CDU chairman of the German parliament’s committee on internal affairs, denied claims that the country’s security services had a “large-scale problem” pertaining to the right-wing circles. At the same time, he expressed concern over recent revelations.

“What we are seeing is a number of isolated suspicious cases, and every single one of them is one too many for me,” he pointed out.

The remarks come after Robert Moritz, CDU’s executive committee member in the district of Anhalt-Bitterfeld, confirmed last week that he was a member of Uniter, a shadowy support network for active and former soldiers and security personnel. Shortly after, he said that he had suspended his Uniter membership.

The group, whose founder Andre Schmitt is on trial for offences against Germany’s weapons and explosives act, is known to have links to right-wing so-called “prepper” or survivalist circles.

In Telegram chat networks, the “preppers” reportedly discussed plans to create parallel infrastructures in preparation for the potential collapse of the prevailing social order.

As far as Moritz is concerned, media reports said that in 2011, he worked as a steward at a neo-Nazi march in the city of Halle, where he allegedly brandished a swastika-like “black sun” tattoo on his right elbow; the symbol is a favourite among neo-Nazis and occultists.

The CDU’s branch in Saxony-Anhalt declined to expel Moritz, whose activity prompted SPD politician Burkhard Lischka to say in an interview with Der Spiegel that the CDU has to decide whether it wanted to continue a “coalition of reason” with the SPD or turn to the right-wing.

The Greens, in turn, said in statement late last week, “how much space for swastikas is there in the CDU?”

In October, two people were killed and as many more injured in an attack on a synagogue in Halle. German media reported that the suspected gunman, arrested by police after the attack, was Stephan Balliet, a 27-year-old neo-Nazi German citizen.