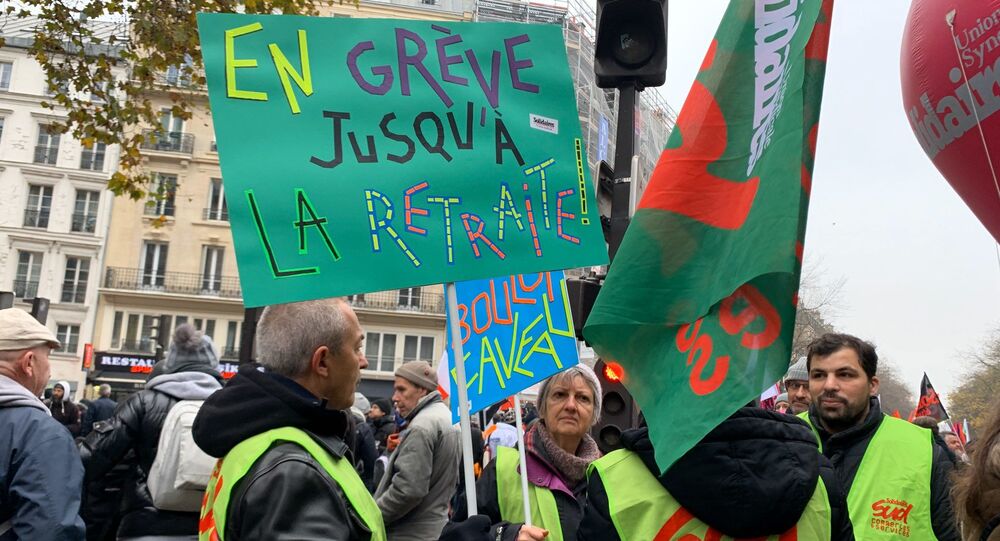 Macron to Stay True to Pension Reform, But Ready to Make Improvements - Reports

PARIS (Sputnik) - French President Emmanuel Macron is set to go ahead with the pension reform, despite the nationwide protests, but is ready to improve it, the BFMTV channel reported, citing a source from the presidential administration.

"The President will not abandon the project [pension reform]. He will not distort it, but he is ready to improve it", the source said, as quoted by the BFMTV channel.

According to the source, Macron hoped to "get a break" from strikes during the Christmas holidays. Nonetheless, a number of trade unions said that if the government would not stop the pension reform, the strikes would continue.

The upcoming Christmas has added to the atmosphere of the protests, with some people wearing Santa hats and a poster saying "Happy Strikes!" during the recent rally on 17 December. The Interior Ministry put the nationwide turnout at 615,000, according to the BFMTV channel, while the GTF trade union tweeted that over 1.8 million people took part in more than 250 demonstrations.

The thirteen-day of the walkout broke the record set on December 10 when between 339,000 and 885,000 people took to the streets nationwide to reject a points-based universal pension plan. A bill enforcing it will be submitted to the parliament for scrutiny in February.