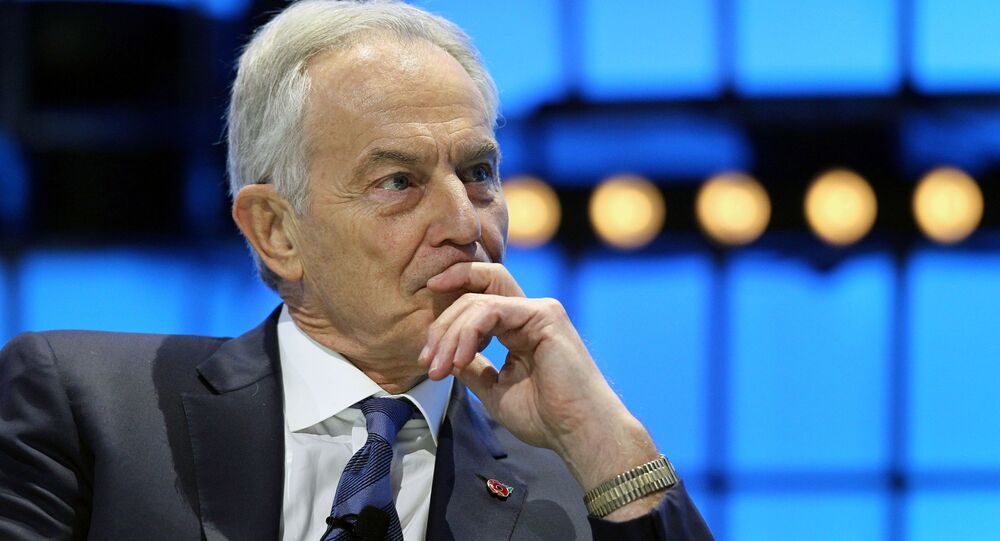 The UK Labour Party suffered a crushing defeat in a general election last week, losing 60 seats in the House of Commons. The party's poor performance has prompted its leader Jeremy Corbyn to announce his intention to step down once a new candidate is elected.

Former UK Prime Minister Tony Blair launched a tirade against the Labour Party on Wednesday, saying that it showed an absence of leadership over Brexit.

"We pursued a path of almost comic indecision, alienated both sides of the debate leaving our voters without guidance or leadership”, Blair said. "The absence of leadership on what was obviously the biggest question facing the country then reinforced all the other doubts about Jeremy Corbyn”.

According to Blair, the party under Jeremy Corbyn’s leadership was a "glorified protest group" that disgraced the country, while its leader himself personified a brand of "quasi-revolutionary socialism".

Blair, who once served as the Labour Party leader, said that its members must recapture the party from "the far left".

"This election was no ordinary defeat for Labour. It marks a moment in history. The choice for Labour is to renew itself as a serious, progressive, non-Conservative competitor for power in British politics, or retreat from such an ambition in which case over time it will be replaced", Blair said.

The former prime minister stated that the Labour Party was at a crucial juncture, and requires a complete overhaul in order to make it a party credible enough to win at the polls.

"This is a moment where either we use the lessons of defeat to build a progressive, modern political coalition capable of competing for, winning, and retaining power. Or we accept that the Labour Party has exhausted its original mission and is unable to fulfill the purpose for which it was created," Blair stated.

Blair went further, saying that a full reassessment of how the party communicates with voters, and the policies it will take forward, was needed.

"So at one level, sure, let’s have a period of reflection, but any attempt to whitewash this defeat, presented as something other than it is, or the consequences of something other than the obvious, will cause irreparable damage to Labour’s relationship with the electorate," Blair said.

Addressing the Tories' triumph in the vote, the former prime minister supposed that the majority of people would not bet against a decade of Conservative government right now.

On 12 December, Conservatives won 365 seats, increasing its faction by 48 MPs. Labour lost 60 seats and ended up with 202 seats in the House.

Tony Blair served as prime minister of the United Kingdom from 1997 to 2007 and headed the Labour Party from 1994 until the end of his tenure in Downing Street.