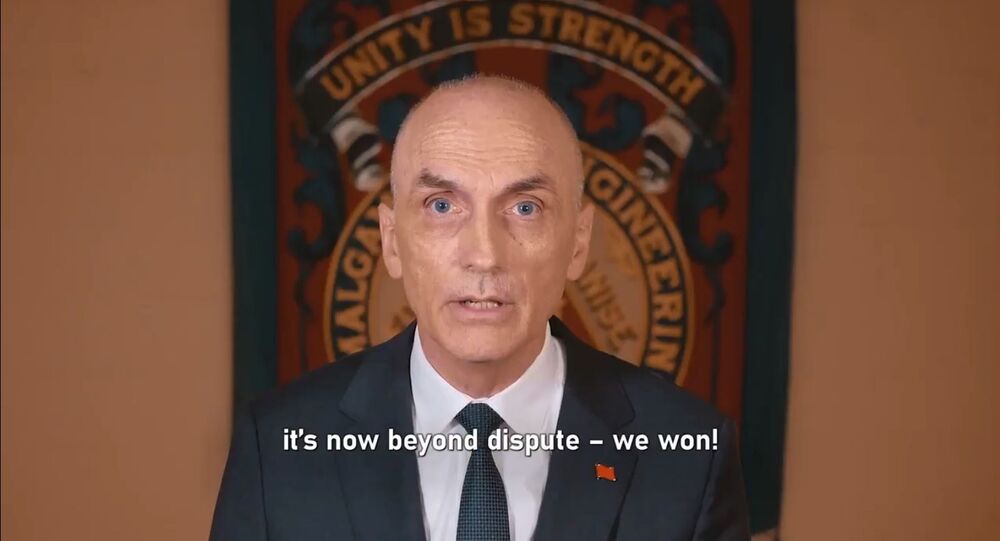 The former MP for Derby North said he will donate all costs awarded to assist party members “who have been maliciously smeared and harassed” by false allegations of bigotry and disreputable conduct.

Ex-Labour MP Chris Williamson released a video via Twitter on 17 December 2019 announcing that he won a substantial percentage of his legal fees following a “successful” lawsuit against the Labour Party.

“Despite the misleading claims by Labour Party bureaucrats that I lost by legal action in the High Court regarding my re-suspension from the party, it's now beyond dispute. We won. I can reveal today that the Labour Party has been ordered to pay 100% of my costs up to the 5th of September for losing the case and a further 30% of my costs after the 6th of September.”

Williamson, a former MP for Derby North, was suspended in February 2019 by the Labour Party, amid accusations of antisemitism. A Labour Party panel re-instated Williamson later in June, but he was re-suspended, almost immediately and without explanation, following pressure from segments of the press and members of the Parliamentary Labour Party (PLP).

Williamson then sued the party arguing that the second suspension was unlawful.

He said the court decision confirmed “that the party acted on lawfully in re-suspending me in June [2019]. Media outlets, either wilfully or ignorantly, falsely claimed that I lost the court case. They should now correct the record".

Williamson, who had been a party member for 44 years, said:

“all the costs being recovered will be used to establish a left legal fighting fund to assist others who have been maliciously smeared and harassed by similar allegations.”

He expressed his regret for suing the party arguing that “it's clear that justice was impossible within the party’s unlawful disciplinary system”.

I defeated Labour's broken bureaucracy in the High Court: they must now pay all my costs, which will help establish a Left Legal Fighting Fund.

Whilst the decision came weeks ago, I'm announcing it now as I hoped to spare Labour adverse publicity during the election. pic.twitter.com/ANu7Yhwrmq

​Williamson: Labour should have argued for "a People's Brexit"

Williamson spoke exclusively to Sputnik about Labour's defeat at the general election held on 12 December.

He explained that in his view “Labour’s Brexit position was absurd”.

“We should have been arguing for a People's Brexit against Boris Johnson's Bankers' Brexit. I'm convinced we would have won that argument”.

Williamson ultimately ran as an independent after the Party refused to re-instate him, despite his legal victory. He said that despite “campaigning for remain” he accepted the “democratic outcome of the referendum” and had been “consistently calling for [a People’s Brexit vs Johnson’s Banker Brexit] since the referendum”.

He also pointed out that this argument was roundly rejected by fellow Labour MPs.

“At the PLP meeting two days before I was suspended I was howled down for suggesting we should campaign for a People's Brexit.”

Williamson also said that the party’s failure to challenge smears of antisemitism cost the party:

“Not confronting the smears and allowing anti-racist socialists to be thrown to the wolves also contributed to the defeat. It demoralised the membership and facilitated the false narrative being perpetuated by Labour's enemies that Labour was an institutionally antisemitic, racist party.”

He ended by saying that “The truth is the whole moral panic that was created was based on a hoax”.

Williamson was first suspended after saying that he felt the Labour Party, which in his opinion had done more than any other party to combat racism, had backed down too much in the face of baseless accusations of antisemtism levied at people like Labour leader Jeremy Corbyn.

However, the actual basis cited by the party for his suspension was that Williamson was “guilty of a pattern of behaviour [that brought] the party into disrepute”. An accusation he called “Orwellian”.

In July a cross-section of notable individuals, including Israeli historian Avi Shlaim and journalist John Pilger,  wrote a letter of support for Williamson in which they quoted US intellectual Noam Chomsky who said there was nothing “even remotely antisemitic” about what Williamson had said.