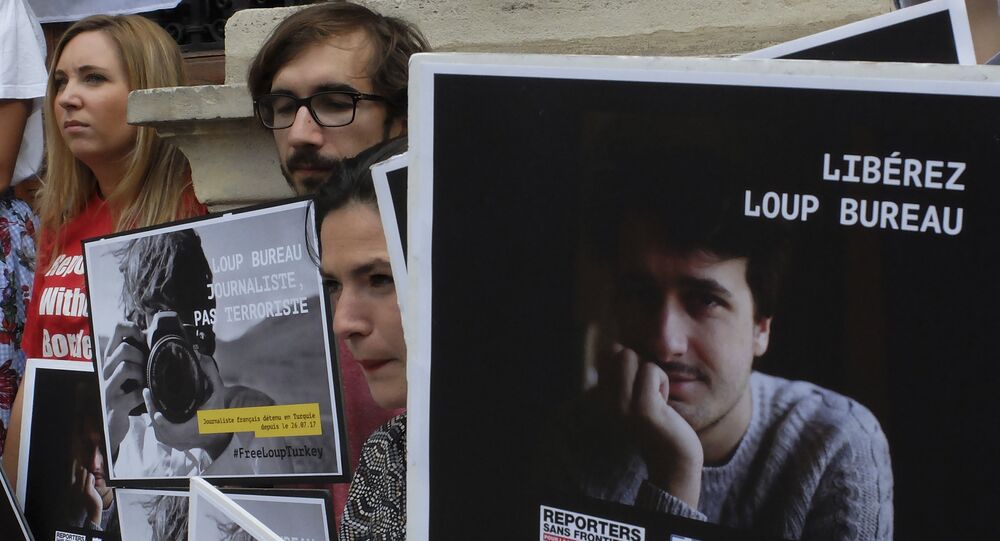 The annual figure of journalist deaths and detentions, compiled every year since 1995 by RSF, is based on data covering 1st January to 1st December – only journalists killed as a direct result of their journalistic work are included.

A total of 49 journalists were killed as a result of their work this year, the lowest since 2003 and a 44 percent fall year-on-year, according to Reporters Without Borders (Reporters Sans Frontieres).

The drop is predominantly the result of a fall in the number of journalists killed in war zones, with 17 dying in conflicts in Syria, Yemen and Afghanistan this year compared with 34 last year – and for the very first time no journalists were killed while abroad.

“This unprecedented fall must not, however, eclipse the fact the number of journalists killed in countries at peace continues to be as high as in previous years,” an RSF spokesperson said, noting 59 percent of reporters weren’t killed in warzones this year.

​The death toll includes 36 professional journalists, ten amateur journalists and three media workers. There was a two per cent rise in journalists being deliberately murdered or targeted.

Ten journalists were killed in Mexico alone this year, bringing the total to 14 journalists deaths in Latin America and making the region as deadly for journalists as the Middle East.

The numbers of journalists in prison also reached 389 in 2019, up 12 per cent year-on-year, while 57 are being held hostage.

“The frontier between countries at war and countries at peace is in the process of disappearing for journalists. We welcome the unprecedented fall in the number of journalists killed in war zones but, at the same time, more and more journalists are being deliberately murdered in connection with their work in democratic countries, which poses a real challenge for the democracies where these journalists live and work,” said RSF secretary general Christophe Deloire.

By contrast, more professional journalists were killed worldwide in connection with their work in the first nine months of 2018 than in all of 2017, with that year's tally standing at 56 on 1st October, versus 55 for all of 2017. That year, Afghanistan was the world’s deadliest country for journalists, with 13 killed, 10 of them on a single day, 30th April. Nine, including AFP photographer Sha Marai Fezi, were killed in a double-bombing in Kabul regarded as the deadliest attack on the media since the Taliban government fell in 2001. The tenth victim, BBC reporter Ahmad Shah, was shot dead by unidentified gunmen in eastern Khost province a few hours later.