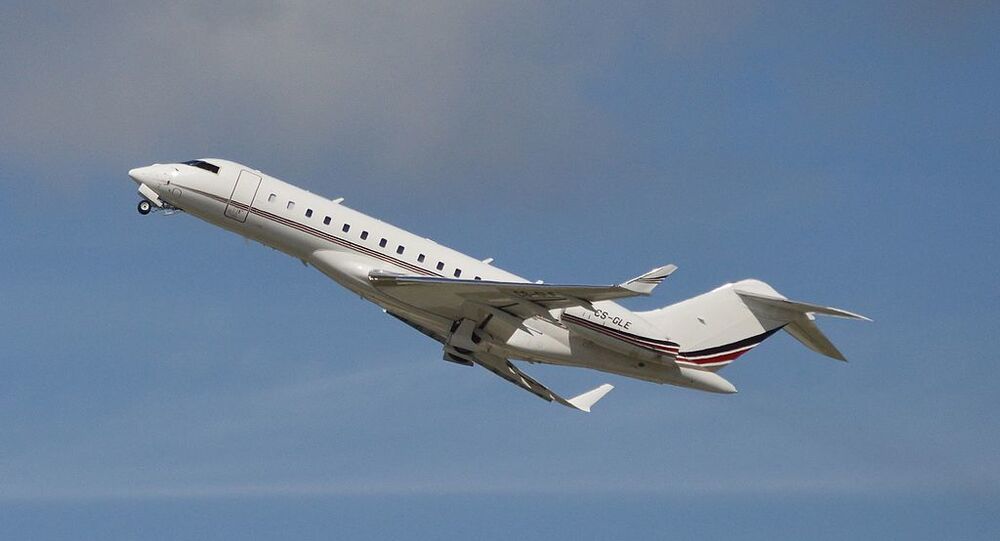 Illegal Drone Reportedly Almost Crashes Into Celebrity Jet - But Who Was on Board?

While it is illegal to fly uncrewed aerial vehicles (UAVs) near airports, as it could lead to devastating consequences, it is still very difficult to track and punish violators.

A luxury private Bombardier jet owned by celebrity-carrier NetJets came within a 3-metre smashing distance from an illegally flying drone as it approached a British airport, the Mirror reported citing a report by the UK Airprox Board.

The incident happened on 26 August, when the GL6000 jet was cruising at 200 mph, 1200 above Luton Airport on its way from Nice when it almost collided with the uncrewed aerial vehicle. The drone, whose owner was not identified, was believed to be flying four times higher than usually allowed, and just 22 km west of the airport. As it is illegal to fly remote devices near aerodromes without special permission, the indecent is believed to be the closest ever miss that has been captured in UK airspace so far, according to the outlet.

The UK Airprox Board, which investigates situations where the safety of aircraft might be compromised, rated the case as the most dangerous "Category A" incident. Experts believe that if the drone crashed into the cockpit's windscreen, it could have seriously injured the crew, potentially leading to devastating consequences.

"The Board considered the pilot's overall account of the incident which portrayed a situation where providence had played a major part in the incident, and a definite risk of collision had existed", according to the UK Airprox Board's report as quoted by the Mirror.

Although the identity of the passengers on board was not disclosed, NetJets rental company which owns the £46million Bombardier jet is often used by celebrities and royals. This includes reports that even Prince Harry and Meghan Markle have flown with NetJets despite their frequently promoted environmental agenda.