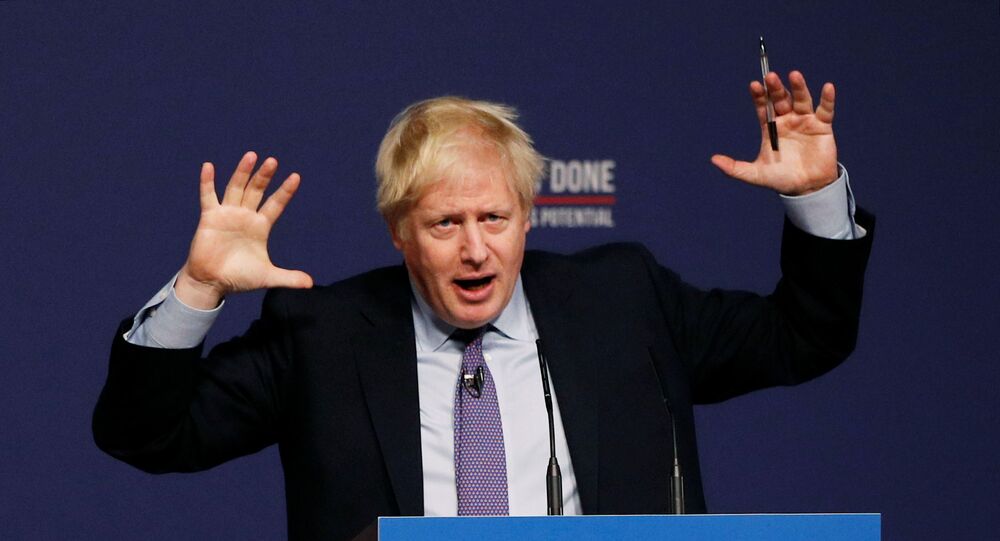 According to the current language of the Brexit Withdrawal Agreement Bill, London can ask for a two-year extension of the Brexit transition period set to begin on 31 January 2020. If Johnson succeeds, the extension will no longer be an option.

UK Prime Minister Boris Johnson announced that he would use his overwhelming parliamentary majority to cement into law the Brexit transition period scheduled to end on 31 December 2020, ITV reported Monday. If the so-called Withdrawal Agreement Bill passes in the amended language, London will not be able to ask for a Brexit transition period extension.

“Our manifesto made clear that we will not extend the implementation period and the new withdrawal agreement bill will legally prohibit government agreeing to any extension,” said a Downing Street source quoted by The Guardian.

Under the current language, the Agreement Bill includes a clause that allows the UK to ask for a transition period extension for up to two years beyond 31 December 2020.

The Prime Minister’s office said they will begin work on amending the Withdrawal Agreement Bill to include the fixed transition period date as soon as the newly-elected MPs are sworn in and the Queen delivers her speech.

“We plan to start the process before Christmas and will do so in the proper, constitutional way, in discussion with the Speaker,” the Prime Minister spokesperson said.

The Guardian report suggests that Brussels was ready to propose transition extension on its own. According to the report, European commission president Ursula von der Leyen pointed out that a number of key issues will require a time period well beyond 2020 to accomplish, including aviation and certain parts of the UK financial sector. Johnson’s move will remove the option, the report says.

UK currency trading reacted quickly to the news, falling 0.7 percent in early Asian trade, amounting to $1.3236 in the wake of the ITV report.

Following 12 December general elections, Conservatives won with a clear majority of 365 seats against Labour’s 203, winning a whopping 66 additional seats, some of which Labour had held for almost a century.

Labour leader Jeremy Corbyn announced he would resign early next year as a result of the defeat, which saw his party losing 42 seats.

On Tuesday, MPs will begin the swearing-in, which is expected to take two days. After the new House of Commons is sworn in, the Queen will deliver her speech – a traditional ceremony in which the monarch outlines the priorities for the new government. The speech is followed by a debate on its contents which normally takes up to five days.

Johnson Bound for Victory, but Can He Quell Brexit Drama?

Scholar on UK Election: It Gives Boris Johnson Clear Message that He Can Push Through with Brexit