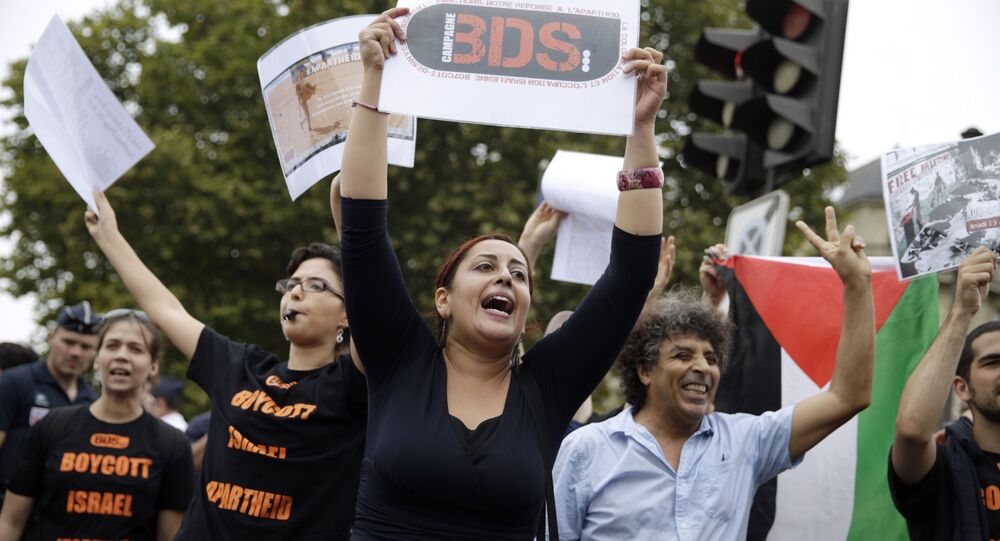 The pledge was alluded to in the Conservative party’s manifesto, with a commitment to "ban public bodies from imposing their own direct or indirect boycotts, disinvestment or sanctions campaigns against foreign countries” as they “undermine community cohesion”.

Eric Pickles, UK Special Envoy for post-Holocaust issues, has indicated Boris Johnson’s government will pass a law making it illegal for public bodies to engage with the Boycott Divestment and Sanctions (BDS) movement.

Speaking at the International Institute for Strategic Dialogue’s conference in Jerusalem on 15 December, Pickles said BDS was “anti-Semitic” and “should be treated as such”.

The law will not allow public bodies to work with individuals or groups advocating boycott, divestment or sanctions in respect of Israel in any way.

Big mazal tov 🍾 also to @BorisJohnson from #Israel, on his stunning #GE2019 victory!

Johnson has been a true, sincere & close friend of Israel & the Jewish community. He has also been unequivocal in his condemnation of Antisemitism & BDS, while pushing for stronger 🇬🇧🇮🇱 ties! pic.twitter.com/Cm4cygkadD

​The anti-BDS law will form part of the Queen’s speech, which outlines the government's agenda for the next year, and will be read at the opening of parliament on 19 December.

The move will mean local councils controlled by Labour are precluded from using taxpayer funds to boycott foreign countries, including Israel.

"Anti-Semitism is an attack on the British way of life and identity. Without our Jewish citizens we’d be a lesser nation,” he added.

While an increasingly popular global movement, adherent of which claim is targeted as Israeli government policies, not Israelis, renowned Holocaust historian Deborah Lipstadt has alleged BDS is "at its heart...intent on the destruction of the State of Israel".

"If you look at the founding documents of the groups that first proposed BDS, they called for a full right of return...the ultimate objective of BDS is not BDS itself. If that were the case, we would all have to give up our iPhones, because so much of that technology is created in Israel. I think the objective of BDS, and especially the people who are the main organisers and supporters, is to make anything that comes out of Israel toxic, and I think they have had some success...I do not think any kid who supports BDS is ipso facto an anti-Semite. I think that’s wrong. It’s a mistake. And it’s not helpful," she said.