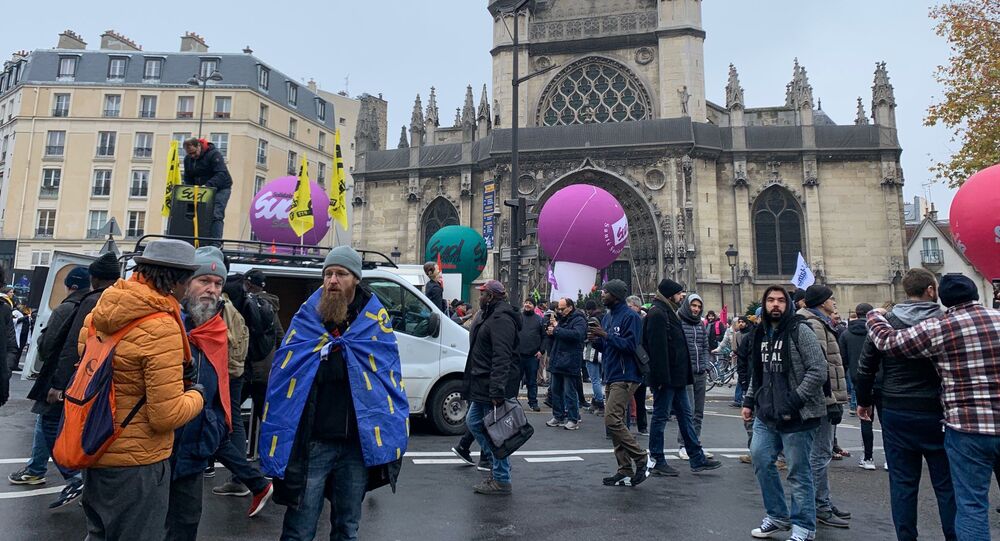 Earlier in the month, huge waves of protests engulfed cities of France amid the government's plans to introduce a pensions reform. The rallies intensified last week after the government stated that it would proceed with the reform despite a huge public backlash.

French Pensions Commissioner Jean-Paul Delevoye resigned this Monday following huge waves of protests against the pension system amendments that have been carried out across France.

"Today, I offered my resignation to the president and the prime minister," the statement posted on Twitter read.

​Delevoye decided to quit "of his own volition," the presidential office said as quoted by Le Monde.

The official reportedly found himself under public scrutiny over his failure to mention some facts in his declaration of interests and maintaining a paying job after becoming part of the government, which created a conflict of interest.

France has a complicated pensions system, which is divided into 42 "special regimes" across private and public sectors.

© Sputnik /
Live Updates: Protesters Hit the Streets of Paris As Demonstrations Against Pension Reform Continue
Pensions for private-sector employees are calculated based on their 25 best years of salary; in the public sectors, pensions are based on the last six months of salary.

Under the new retirement plan, those who have worked a full career will be entitled to a monthly pension of €1,000 minimum per month.

The proposed system won't change the legal retirement age which now stands at 62, but workers will have to work until 64 to get a full pension.