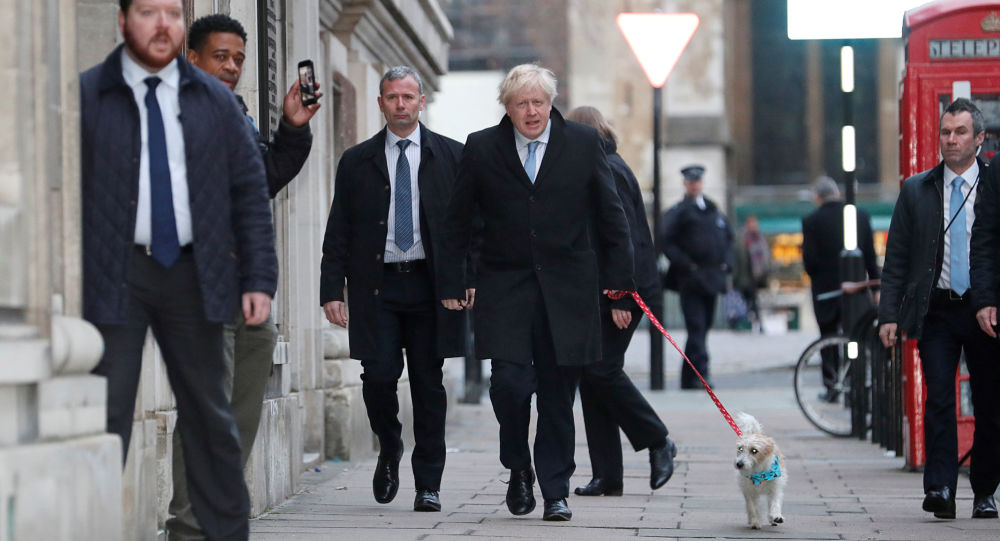 The PM earlier urged the public to find closure on Brexit, which has paralysed the United Kingdom for three years, and “let the healing begin”. At the same time, the prime ministers stressed that the government would not ignore those who oppose leaving the European Union.

Boris Johnson’s newly elected government allegedly plans to return the Brexit Withdrawal Agreement to Parliament before Christmas and intends to pass it in time for the 31 January deadline, Bloomberg reported.

Following a conclusive victory during recent elections, Johnson’s Conservative Party gained a decisive majority allowing it to get the laws required through Parliament.

In 2016, Britain voted to leave the European Union, but for three years the country's leaders have failed to secure a deal that would be approved by Parliament. Johnson vowed not to prolong the transition period with the European Union beyond 2020, leaving both sides only 11 months to agree on a post-Brexit trade deal.

According to the British media, Johnson plans enshrine his recent pledge to boost funding for the NHS by almost $45 million by 2023-4 into law.

The Labour Party recently claimed it had proof that Johnson’s government planned to sell off the NHS in a potential post-Brexit trade agreement with the United States that would allow US companies to gain access to the state health service. Johnson and the Conservatives categorically denied the accusations.

"This election was as much about delivering on the people’s priorities as it was about getting Brexit done - and the prime minister understands that. We will deliver on the promises we have made on helping with the cost of living, tackling crime and supporting our NHS", said a Downing Street official.

The prime minister also wants Northern Ireland’s parties to resume talks on governance in the province after Stormont, the government of Northern Ireland, was suspended in 2017 over a row between Sinn Fein and Democratic Unionist Party.

According to The Times of London, Johnson also plans a big purge in the Conservative Party, which may see as many as one third of the government’s ministers being fired, as the prime minister attempts to tackle problems facing working-class voters, the newspaper reported without naming its source.