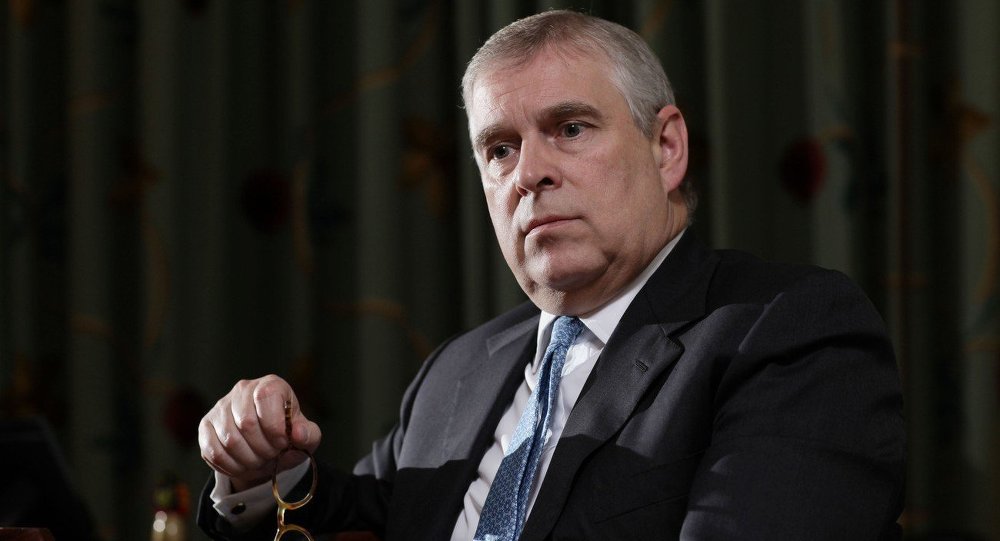 This comes as the Duke of York is facing serious repercussions stemming from last month’s “car crash” interview with the BBC, during which he admitted to his friendship with convicted paedophile Jeffrey Epstein who took his own life in a New York prison in August.

Prince Andrew used a fake name in order to set up a secret firm with his tycoon friend who previously organised a party with topless women which was attended by the now embattled Duke of York, The Daily Mail reports.

The decision by the Queen’s son to use the pseudonym was “in order to avoid media attention”, the newspaper cited unnamed sources as saying.

The sources claimed that when Prince Andrew launched Naples Gold Limited together with his business partner Johan Eliasch in 2002, the Duke of York called himself “Andrew Inverness,” a name that was reportedly adopted from one of his lesser known titles, the Earl of Inverness.

It was Eliasch who was understood to invite the Duke of York to visit Thailand, where he was photographed on a yacht with ‘a bevy of topless beauties’ during an end-of-year party in 2001.

The reported revelations come amid the ongoing fallout from Prince Andrew’s “car crash” interview with the BBC last month, when he said, in particular, that he did not regret befriending with convicted paedophile Jeffrey Epstein, who committed suicide in a New York jail in August while awaiting trial on charges of running a sex trafficking network.

Later that month, Prince Andrew announced that he would step down from public duties for the "foreseeable future", because his association with Epstein had become a “major disruption” to the royal family.

Major companies and banks, including British Telecom and Barclays, have distanced themselves from Prince Andrew and withdrawn from his Pitch@Palace project. In addition, a number of charities have also ditched him as their patron.

Adding insult to injury was a recent move by Queen Elizabeth II to ban the embattled prince from meeting US President Donald Trump during his visit to the UK in early December.

In a separate development, The Times quoted several UK army and naval sources as saying that due to his BBC interview, Prince Andrew should be “quietly faded out” from all his honorary military positions.