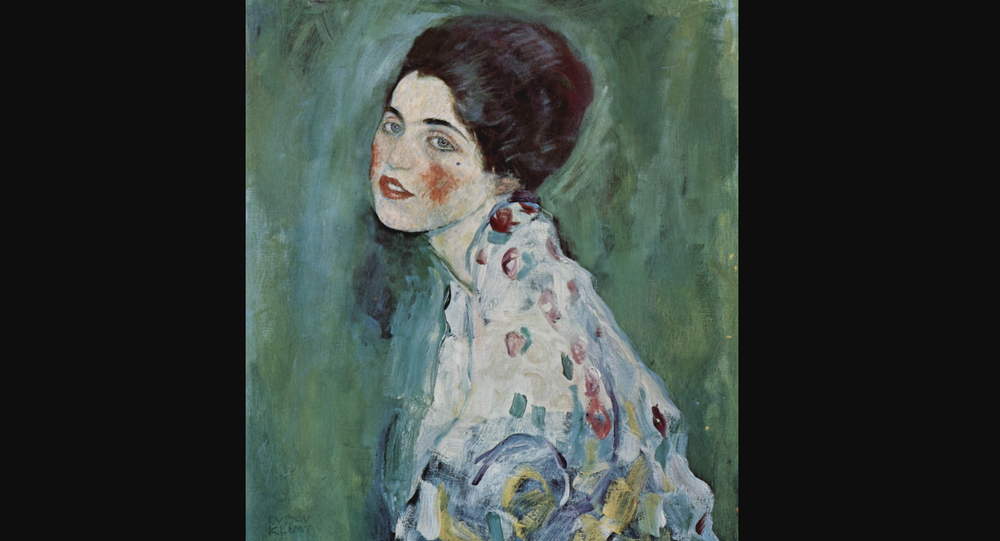 After more than two decades, symbolist painter Gustav Klimt’s “Portrait of a Lady” is believed to have been located within the walls of the gallery it was reportedly stolen from - raising new questions concerning the artwork’s original disappearance.

While some individuals are eating art, a grounds maintenance employee for the Ricci Oddi modern art gallery in Piacenza, Italy, may have located a painting previously thought to have been stolen from the gallery during renovations back in February 1997.

The gardener, who has not been named, told Italian state TV that he first stumbled upon a black bag containing a painting alleged to be Klimt’s “Portrait of a Lady” between the building’s interior and exterior walls while clearing ivy.

“I found this box inside a black sack, and at first I thought it was trash,” he said, reported the Telegraph, “but then I called my superiors right away.”

The painting, valued at approximately $66 million (60 million euros), has been missing from the modern art gallery for nearly 23 years following the building’s winter maintenance. Many believed the painting’s theft was part of an inside job.

Though the Ricci Oddi is still awaiting official word on the portrait’s authenticity, Laura Bonfanti, the gallery’s vice president, expressed to the Telegraph that “at first glance, based on the wax seals and stamps we saw on the back of the canvas, it appears to be the original.”

“It would be the best Christmas present ever,” she said, speaking of the painting’s verification and return.