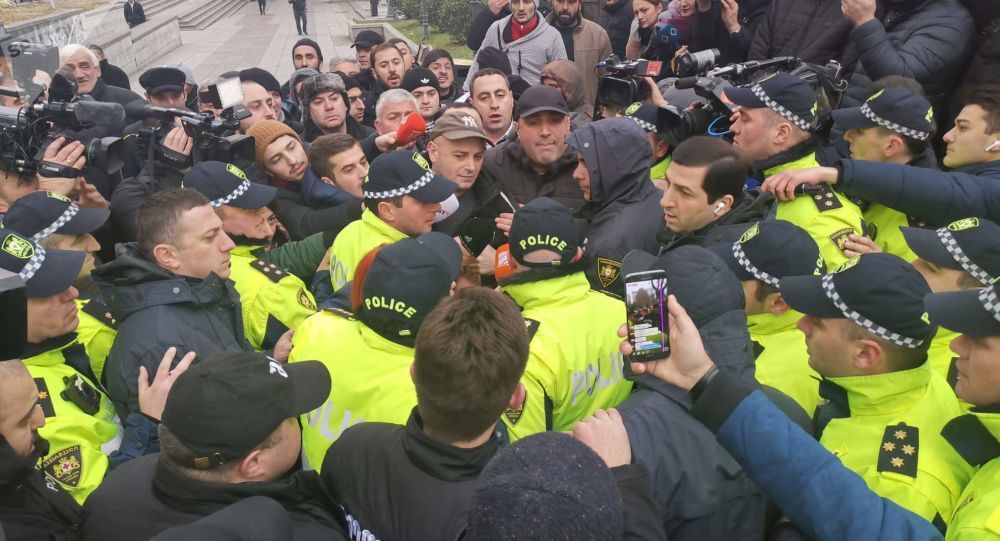 Opposition activists came to the parliament building in Tbilisi on Thursday to protest against electing life-long judicial candidates to the Supreme Court.

Police have arrested 16 protesters on Thursday, including the leader of the opposition New Georgia party, Giorgi Vashadze, during a protest outside the parliament building in central Tbilisi, the country's Interior Ministry said.

According to police, the protesters refused to clear the driveway and prevented lawmakers from entering the building.

Earlier in the day, opposition activists and their supporters gathered outside the parliament to protest against electing life-long judicial candidates to the Supreme Court. The opposition does not want the candidates elected by the High Council of Justice to be approved as judges.

Protests broke out in Georgia last month after changes to the constitution were introduced, including the transition from a mixed parliamentary system to a proportional system from 2020.