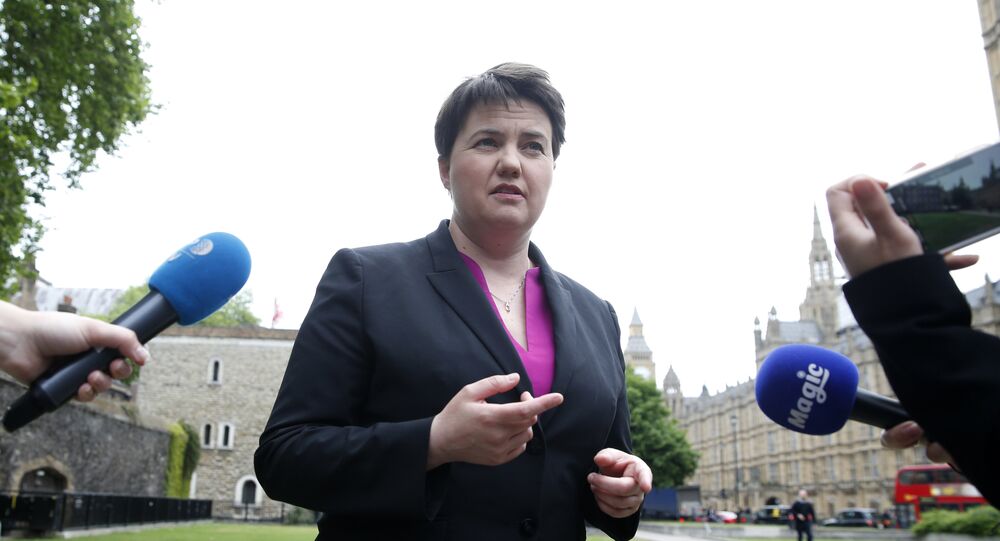 The SNP is hoping to make big gains in Scotland in Thursday's general election as a platform to demand a second Scottish independence referendum vote in 2020.

Writing in the Telegraph, she said: "I will happily wager to strip naked on the banks of Loch Ness and subject myself to a Hogmanay wild swimming session should such a result occur."

Davidson said that the situation in Scotland is "markedly different" from 2015 when the SNP won 56 seats.

The former Scottish Tory leader said she was making the pledge in full confidence "that my modesty (and others' eyeballs) will remain unmolested."

However, Davidson said: "The party currently holds 35 seats, while the Scottish Conservatives control 13, Labour has seven and the Lib Dems four.

Davidson added that the SNP would try - and fail -  to offer all things to all people as it attempts to take seats from Labour, Liberal and Tory MPs.

"To hit the magic 50, the SNP has to pinch 15 seats from three parties with wildly different offerings on Brexit, the permissibility of another independence referendum, the nuclear deterrent, the economy in general and nationalisation in particular."

"In 2017, largely thanks to pro-union voters adopting tactical voting strategies, Ms Sturgeon lost 21 seats and half a million votes in a single night. A fair share of what's left are ultra-marginals."

And here we have Ruth Davidson in Loch Ness #GeneralElection2019 pic.twitter.com/5XXRlagsBX

​Scotland has 59 seats in the 650 seat UK parliament. The SNP currently holds 35 and hopes to secure more on Thursday.

The SNP are on course to gain six seats according to YouGov's MRP poll, but due to historical polling mistakes and error margins, the nationalist wave could go higher.

SNP leader Nicola Sturgeon has pledged to demand a second Scottish independence referendum in 2020 regardless of the result on Thursday.