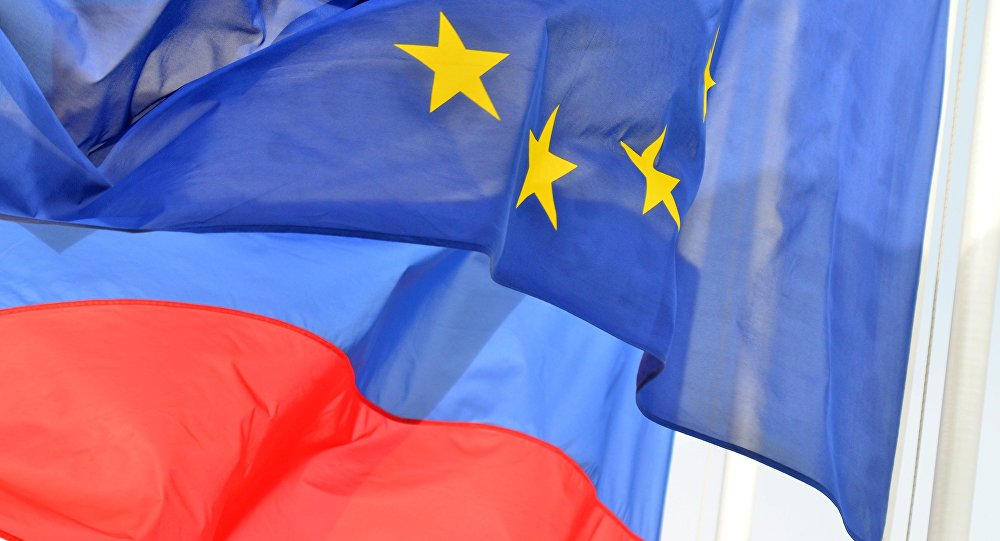 BRUSSELS (Sputnik) - The Russian permanent representative to the European Union has expressed his belief that relations with the bloc have every chance to see a restart after the new leadership has taken the helm in Brussels in early December.

"I am absolutely convinced that during the new EU institutional cycle, which began just 10 days ago, we can witness a ‘new beginning’ in our relations that, taking into account the experience we have already had, will be mature, wise and mutually respectful," Vladimir Chizhov said in a statement.

According to the diplomat, current Russian-EU relations cannot be described as normal, noting that the sanctions the EU slapped on Moscow in the wake of the 2014 Ukraine crisis were especially toxic for bilateral ties. Many mechanisms of Russian-EU cooperation have been put on hold.

At the same time, Russia and the EU, he noted, depend on one another.

"Despite everything, the EU accounts for almost half of our country’s trade, European businesses continue to invest in its economy, Russians are breaking records in terms of obtaining Schengen visas, and the implementation of numerous joint projects in culture, education and science continues; cross-border cooperation is consistently developing," Chizhov stated.

Brussels itself, the diplomat went on, is gradually realising that the EU and Russia each need each other to continue development. Going ahead with the current "semi-frozen" interaction at the EU-Russia level would be therefore "shortsighted", especially when Moscow’s bilateral dialogue with a number of European nations is gaining momentum, he said.

"One should not delude oneself: not a single significant international problem can be solved without Russia, and our objectives on the world stage are similar in many respects," Chizhov added.

In 2014, Russian-EU relations took a nosedive when Brussels imposed sanctions on Moscow over the Ukraine crisis. Europe, in particular, has made sanctions relief conditional on the implementation of the Minsk accords and has since been prolonging the restrictive measures every six months. Moscow has slammed the move, saying that it is not a party to the Donbass conflict, but a guarantor nation like France and Germany, and retaliated by imposing a food embargo on EU countries.