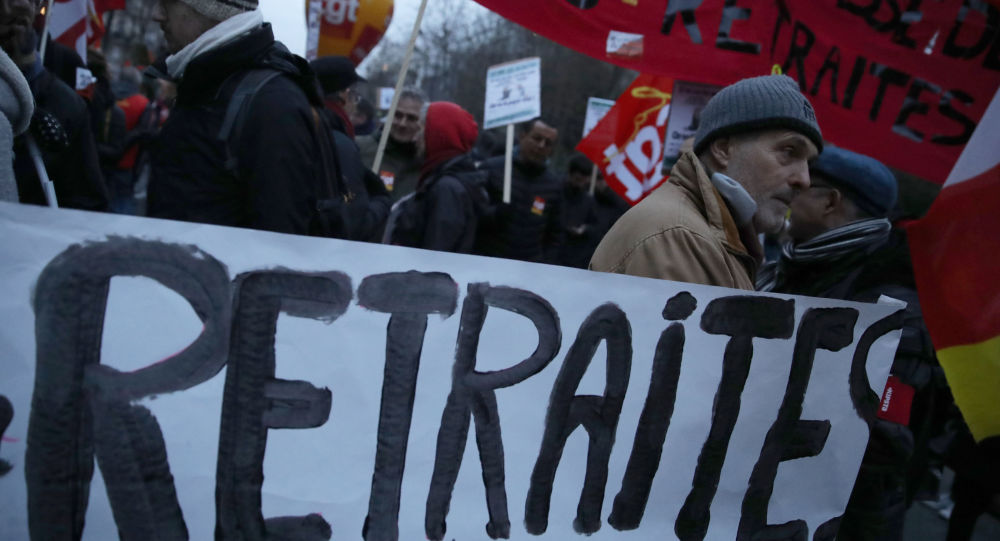 MOSCOW (Sputnik) - Police in France have detained 30 people in the course of mass protests against the yet unpublished pension reform that would have certain categories of workers lose retirement privileges to a new unified points-based system, French media reported on Tuesday.

The Parisian prefecture police detained a total of 30 people throughout Tuesday, the BFMTV broadcaster said.

According to the French Interior Ministry, the protests saw 339,000 people taking to the streets nationwide, of them 31,000 in Paris alone. The General Confederation of Labour union (CGT) put the figure at 885,000.

'Massive anti-government protests in every city in France'

Mainstream media will NEVER show you this video. You are the media now.pic.twitter.com/ztD71KRhSW

On 10 December, eleven protesters were detained during rallies in the capital, according to the Parisian police.

Earlier in the day, police forces engaged in clashes with protesters in the city of Lyon, and used tear gas to disperse them.

Mass rallies began across France on 5 December, when Prime Minister Edouard Philippe announced changes in social security that aim to merge 42 existing pension schemes into one universal points-based system beginning in 2025. By Saturday, in the French capital, the epicenter of the marches, there was widespread unrest as anti-pension reform protests paralleled with the Yellow Vests.

Millions of public workers have been angered by the government’s plan to universalize pensions for fear of losing profession-specific benefits.

Workers of the public and private sector rallied against the announced but still unpublished pension reform that would cancel sector-specific retirement benefits and introduce a unified points-based system. The complete draft of the reform is expected to be unveiled on Wednesday. 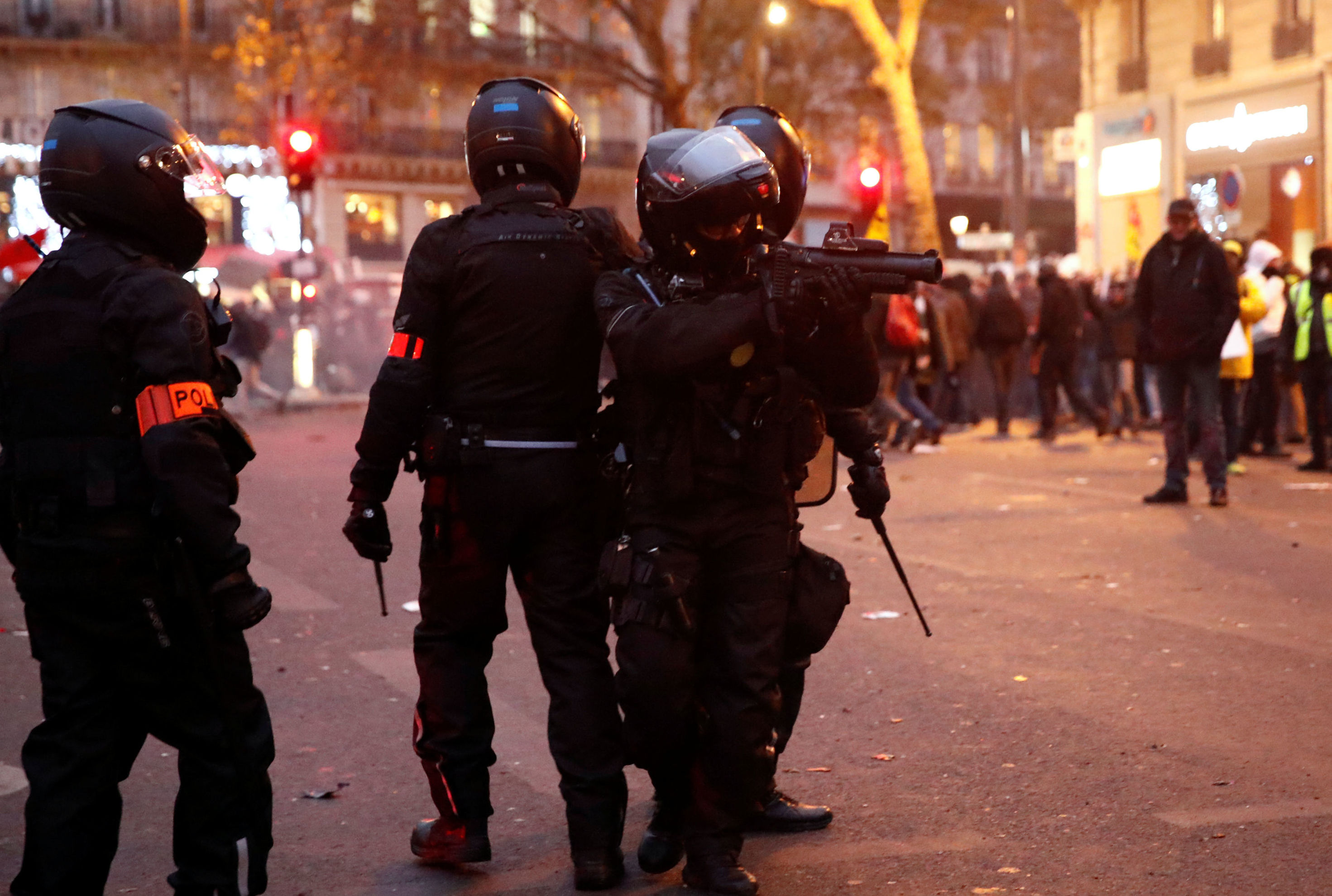 GONZALO FUENTES
French CRS riot police secure an area during clashes at a demonstration against French government's pensions reform plans in Paris as part of a day of national strike and protests in France, December 5, 2019.

France, especially Paris, has been swept by yellow vest protests since mid-November 2018. Started initially as rallies against fuel tax hikes, the protests then grew into a full-scale movement whose representatives took to the streets every Saturday. After the government abandoned its plans on raising the fuel tax, protesters continued hitting the streets across France, demanding fewer taxes, wage hikes and even the resignation of Macron.