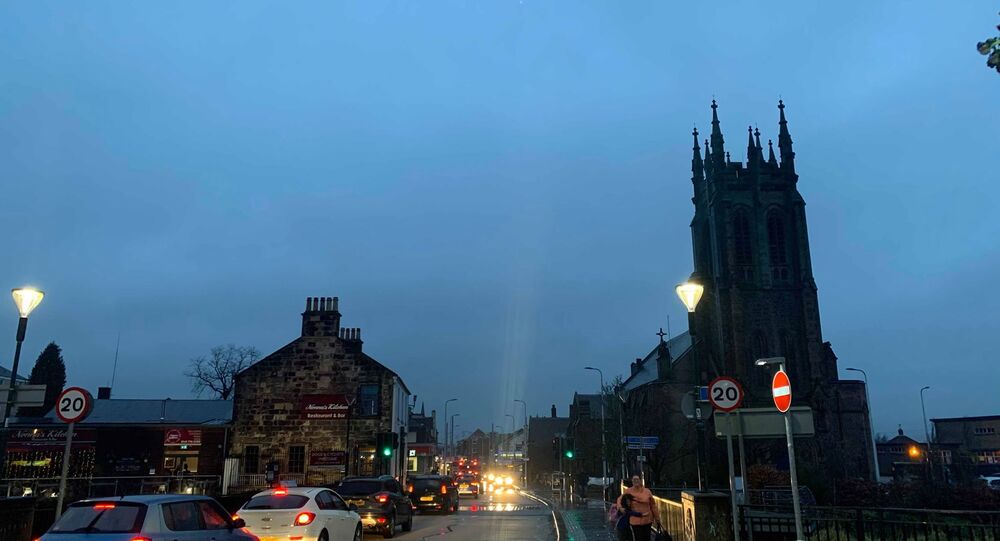 Kicking off the campaign by referring to herself as “the next Prime Minister”, Jo Swinson's popularity has plummeted during the course of the UK general election, scheduled to be held in just a few days on 12 December. The new leader of the Liberal Democrats may face her biggest challenge at home as she risks losing her seat to constituency rivals.

An atmosphere of apathy surrounds Kirkintilloch, the capital of East Dunbartonshire in the closing week of the UK’s general election campaign.

As the UK election draws to a close, the sun could also be setting early on the incumbent MP Jo Swinson, who has also served as the leader the Liberal Democrats since July 2019.

Swinson holds East Dunbartonshire by just 5,339 votes, having taken the seat from the Scottish National Party (SNP) in 2017.

While polling shows the remain vote being squeezed by the Labour Party and independence sentiment rising in Scotland, the prospect of the young leader losing her seat has become a grave possibility.

​While the Liberal Democrat national campaign has disintegrated in recent weeks, the 39-year old’s elevation to the head of the party came out of a summer high for the Lib Dems.

Amid waning disillusionment among remain supporters with Labour’s "neutral" Brexit position, Swinson’s rise followed a shock jump of the Liberal Democrats to second place in the European Union elections, replacing Corbyn’s Labour as the lightning rod of anti-Brexit sentiment.

Also seeing a spike in her personal approval rating, it appeared that Swinson had inherited, if not overseen, the Liberal Democrats returning to the UK as a serious political force.

The party appeared to have flanked Labour from the remain side, offering moderation and stability in contrast to the left-lurching and indecisive Labour Party. All while opposing the Brexit-zealousness of Tory leader Boris Johnson.

After a series of what were widely seen as catastrophic media performances, her public perception has begun wane, with polling indicating that that the more the public see her, the less they seem to like her.

While Boris Johnson’s ignominy has dominated the social media spotlight, seeing the Prime Minister booed out of towns and cities as he campaigns across the country, Swinson herself has also been the recipient of vitriol from young people angry at her very public voting record in favour of austerity, military interventions, and raising tuition fees during the Lib/Con coalition government from 2010 – 2015.

Seen Jo Swinson in Glasgow and my pal confronted her about austerity’s impact here.

Glasgow wont forget what the Lib Dems did when they were in government!#JayTellsJo pic.twitter.com/AtunH8vxyA

​This youth worker asked Jo Swinson some pretty simple questions about cuts to youth services when she came to visit his centre. Not only could she not answer them - but the Lib Dems press person then tried to remove him from the room. pic.twitter.com/GIIOPCVCNl

​​She’s also been accused by locals of using the constituency as a platform for her national ambitions. Not attending hustings, or even living in the constituency she was elected to represent.

Yes, And you are a 'Scottish politician' who lives in England who wants to be leader of an English based party at the heart of the union in the Westminster establishment. Why on earth would any self respecting Scot vote for someone as duplicitous as you Jo?

Conversely, the Scottish National Party have made themselves a local presence in the area, proudly displaying the name of their candidate - Amy Callaghan, on a central high street office.

The SNP are banking on this constituency, with its urban affluence surrounded with spots of dilapidation, and its highly independence skeptical inhabitants returning the seat to the nationalists.

It's the final push! Our incredible team in East Dunbartonshire are out, battling the hail, sleet and wind, all for the cause 🗳

It's time for change. A local, accountable MP here for the people, not the profile.

If you can lend a hand, get in touch or see below! #AmyforEastDun pic.twitter.com/UquxyJ3jXI

​​Callaghan has hit out against Swinson throughout the campaign. During an interview with the National in November, she described the Lib Dem leader as “the architect of austerity”.
“I think what people have seen of me locally so far has been positive” Callaghan said.
She also criticised Swinson for her admitted readiness to “push the nuclear button” when, according to the Scottish CND, 60 per cent of Scots oppose the maintenance of the UKs Trident nuclear missile system.
Jason Dunn
Rain in East Dunbartonshire

70-year old Tom Kaine, a local resident, who voted remain in the EU referendum, said he would be voting for the SNP for the first time during the election.

“SNP to me, are the best bet to oppose the Tories”, he said.

When asked if he could see the Liberal leader lose her seat to the SNP, he said:

“In my lifetime the liberals have never been a voice among the working class. Personally, the Liberal party is something that I've never contemplated or listened to.”

While Swinson’s majority is relatively slim, she does command a 10% lead over the SNP. The Scottish Tories seem to be running a next to non-existent campaign, which may avoid splitting the unionist vote.

A Nationalist sweep of Scottish Tory and Liberal seats has been heavily forewarned by Boris Johnson, who claims that a hung parliament could result in a Labour-SNP coalition.

"It now appears the SNP may try to bundle (Corbyn) toward the throne like some Konstantin Chernenko figure”, Johnson said in October.

"Turning the whole of 2020 - which should be a great year for this country - into the chaos and cacophony of two more referendums.”

Swinson lost the seat once before to the SNP in the 2015 election, having held it since its establishment in 2005. Along with it, she also lost her junior cabinet role in the Lib Dem-Conservative coalition government.

SNP leader Nicola Sturgeon said in October that after the election she would make an official request "by Christmas" to whoever is in 10 Downing Street for a second independence referendum.

While the future of East Dunbartonshire remains uncertain, its unpredictability is emblematic of the crossroads which the nation finds itself in.

Being voted out or deposed is always a possibility which haunts party leaders, but at no time in recent history has the prospect of the heads all three major parties in Westminster losing their positions been so likely.

If Mrs Swinson can lose her seat, it is also conceivable that all three parties could replace their leaders by next week.

Conservative Prime Minister Boris Johnson is also in danger of losing his seat in Uxbridge and South Ruislip, with a majority of just 5,034, as the local Labour candidate is in continuous campaign mode to oust the PM.

Labour leader Jeremy Corbyn holds one of the safest seats of any MP in parliament in Islington North, with 33,215 votes above the second-place Conservative candidate.

However, Corbyn could see his tenure as leader end even if Labour were to become the largest party in parliament.

In the event of a hung parliament, Labour could see themselves reliant on Lib Dem votes to secure a working majority, who have already made clear that they would not put Mr Corbyn into no.10 due to his historic Euroskepticism and thus sacrificed on the alter of a Lib Dem/Labour remain government.