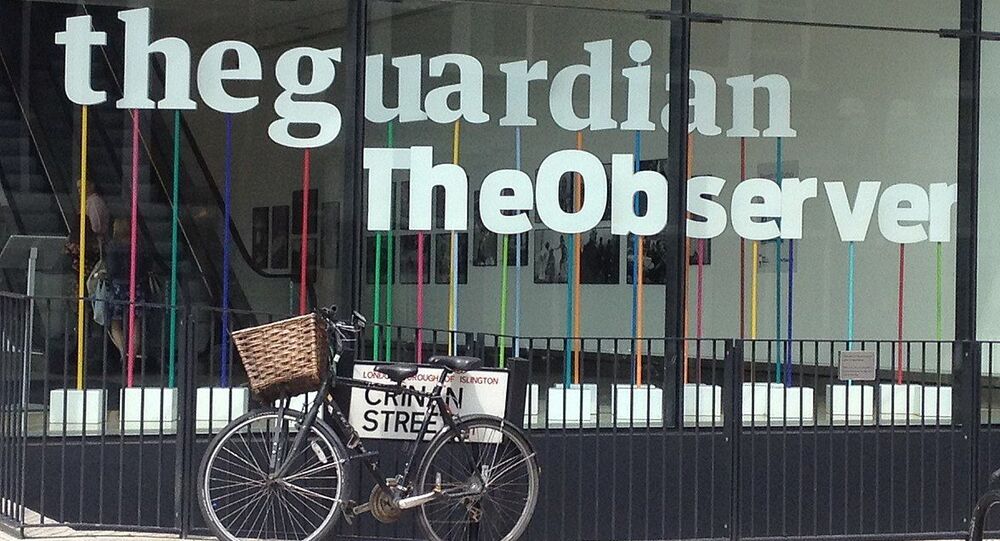 Journalist James Ball once worked with WikiLeaks to reveal war crimes perpetrated by US and UK forces. He then argued that the site's founder Julian Assange had nothing to fear if he left the Ecuadorian embassy were he had received diplomatic asylum. Ball regularly accuses the Russian state of interfering in the affairs of other countries.

Former Guardian Journalist James Ball has raised eyebrows on social media after claiming that "Labour should have known better" than to publish leaked documents exposing details of UK-US trade negotiations.

The negotiations revealed, among other things, that the National Health Service is 'on the table' in future trade talks with the US. But Ball seemed less concerned with the contents of the documents than with the possibility that the Russian sate may have played a part in them being leaked:

​The remarks from Ball are particularly curious given that he serves as Global editor of The Bureau of Investigative Journalism and because he once worked with WikiLeaks to reveal war crimes perpetrated by US and UK troops in Iraq and Afghanistan. Ball's Twitter thread, which was published over the weekend, finished by saying that he would "mute" people whose responses were "wildly irrational".

Users of the Twitter social media platform expressed their consternation over an investigative journalist's apparent opposition to publication of newsworthy documents:

​Some of the responses explicitly called-out Ball for his apparent attempts to undermine the revelation by linking them to Russia:

​A number of replies sarcastically expressed what they believed was the ultimate takeaway from Ball's twitter thread:

“The leak of the Trump Trade Files has revealed the threat to NHS drug prices, to food standards and to our democracy itself from a US-UK trade deal. Wherever the leak came from, no one has disputed that the documents are real. They are information, not disinformation."

A history of pushing Russiagate narratives

Ball has published accounts accusing Russia of 'interference' in the US elections including hacking the computers of the US Democratic National Committee computers and passing the information onto WikiLeaks, a charge the website denies. Yet Ball's work, which assumes as fact that the Russian state actively interfered in the US 2016 election, has never referenced the work of journalist Aaron Maté who recently won an award for his work exposing the weaknesses of the Russiagate narratives. The Bureau of Investigative Journalism recently raised money online on the basis that they were planning on suing the UK government for refusing to publish the 'Russia' report on Moscow's alleged interference in British politics before the UK general election. However, two weeks later on 27 November Jame Ball wrote an article for The Bureau explaining that their case was not strong enough to follow through on their planned lawsuit.

The Russian government has strongly denied interfering in British politics and its Embassy in the UK recently dismissed as “fictional” the idea of a “Russian threat” which, they say, is not "helpful for Russian-British relations as a whole.”