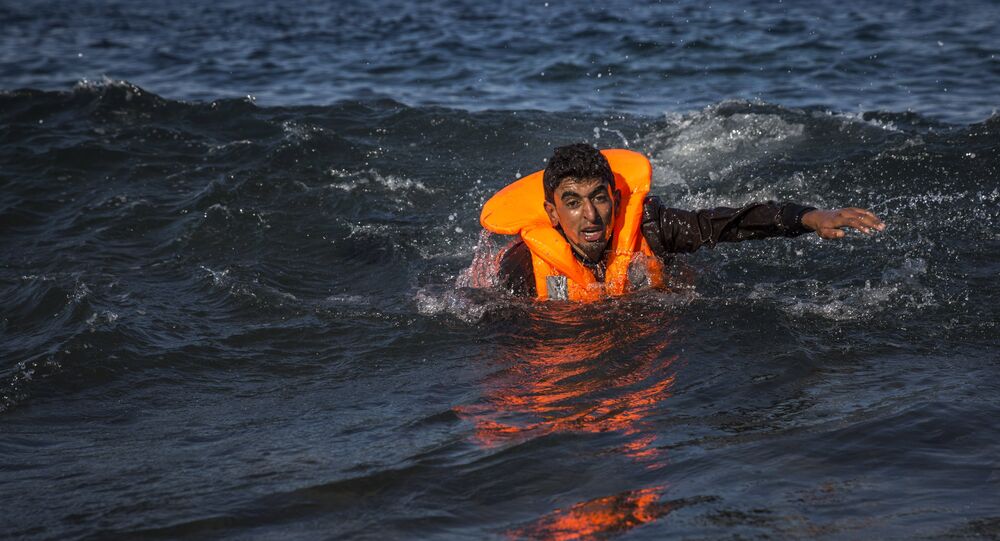 MOSCOW (Sputnik) - The bulk of the apprehensions were made in regions adjacent to Turkey’s land border with Greece and Bulgaria, as well as Turkey’s western coast, which is a common departure point for migrants seeking to reach the Greek Aegean Islands.

Turkey has apprehended almost 3,250 undocumented migrants who were seeking to cross through the country into the European Union over the past week, the Anadolu news agency reported on Monday, citing security sources.

Additionally, approximately 140 migrants were detained in Turkey’s eastern and southern regions, most notably Kilis and Hatay provinces, which border Syria, the outlet said.

Interior Ministry statistics indicate that the number of apprehensions through the calendar year so far has already eclipsed last year’s number. In 2018, a total of 268,000 irregular migrants were detained in Turkey. Through 2019 so far, this number has already reached 337,000, the news agency reported, citing Interior Minister Suleyman Soylu.

At the MED 2019 forum, held in Rome last week, Turkish Foreign Minister Mevlut Cavusoglu stated that Turkey was looking at options to facilitate the return of migrants from Syria. According to UN figures, there are currently 3.6 million Syrians who have fled the war-torn country into Turkey.