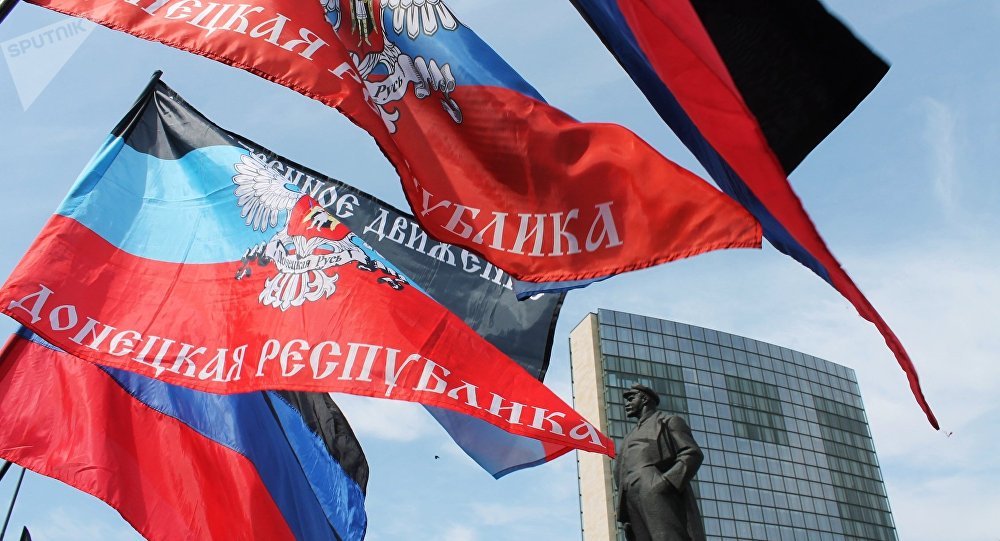 Ukrainian authorities launched a military operation against the self-proclaimed Donetsk People's Republic and Lugansk People's Republic in April 2014. The two regions declared independence following a coup in Ukraine two months earlier. According to the latest UN data, some 13,000 people have fallen victim to the conflict.

The legislation of the self-proclaimed Donetsk People's Republic is becoming considerably more aligned with that of Russia rather than Ukraine, according to the chairman of the People's Council of the republic.

"With each passing day, we are moving away from Ukrainian legislation", chairman Vladimir Bidyovka said.

The official also added that DNR legislation is "60-70%" synchronised with that of the Lugansk People's Republic. However, he added that it was too early to speak about a 100 percent synchronisation at this point.

"There are, of course, differences - we are two separate states and we have our own peculiarities in our social and economic lives", Bidyovka said

The two self-proclaimed republics in the east of Ukraine have previously stated that they intended to synchronise their legislations in order to reach a new level of mutual relations. In June 2018, the two states signed a protocol on cooperation between their parliaments.

On Status of Russian Language

According to the parliament speaker, DNR is set to amend the Constitution of the republic in order to give Russian the status of the only language in the self-proclaimed nation.

At the same time, he added that these amendments will not be discriminatory in nature because they do not prohibit Ukrainian as a means of communication.

On DNR Borders and Cooperation with Kiev

Bidyovka said that the republic's borders coincide with those of the former Donetsk Oblast and this fact in no way violates the Minsk agreements. He also called on Kiev to stick to a diplomatic means of settling the crisis rather than resolving matters "sitting in trench lines".

The chairman stressed that the people of DNR are looking forward to achieving peace, adding that the prospects of living in a state of permanent war were not really inspiring. Bidyovka said that Donetsk is pushing for a peaceful settlement of the conflict via the Minsk agreements. However, he lamented Ukraine's unwillingness to deal with Donetsk peacefully.

"When common sense prevails in Ukraine, when it is ready for mutually beneficial coexistence...then we could work towards normalisation of relations diplomatically".

This comes as leaders of the Normandy Four are meeting in Paris, France on 9 December to discuss possible ways to resolve the conflict in the east of Ukraine, including the implementation of the Minsk agreements, prisoner swaps, and elections in Donbass. This marks the first such meeting in three years.