Not the Docs You’re Looking For: Johnson Blasts Border Checks Report 'Leaked' by Corbyn as 'Wrong'

Previously, Johnson's key opponent in Parliament, Labour leader Jeremy Corbyn, accused the Tory head of lying about how the post-Brexit border in Ireland would operate under the freshly negotiated divorce deal with the EU, citing an obtained confidential government report.

UK Prime Minister Boris Johnson has doubled down on his statements that there will be no border checks "both ways" in Ireland after Brexit, calling a report on the future border with the EU, cited by Jeremy Corbyn, "wrong". He added, though, that one-way checks are possible under certain conditions.

"The deal we’ve done with the EU is a brilliant deal and it allows us to do all the things that Brexit was about […] the only checks that there would be, would be if something was coming from GB via Northern Ireland and was going on to the Republic", he clarified.

Previously, Labour leader Jeremy Corbyn stated during a press conference that a confidential government report he had obtained showed that there would be customs checks between Northern Ireland and Britain, calling Johnson's statements regarding no border in the Irish Sea "simply not true". Corbyn further claimed that this way, Brexit will be "disastrous for businesses and jobs all across the UK".

Clash Ahead of Snap Election

Corbyn's Labour Party and Johnson's Tories have been fighting for votes in recent weeks, with a snap general election scheduled for 12 December. The vote was called after Johnson failed to gather enough support in the Parliament to pass his renegotiated Brexit deal with the EU. The prime minister hopes that the new Parliament will give him the necessary mandate to finally withdraw his country from the European Union. 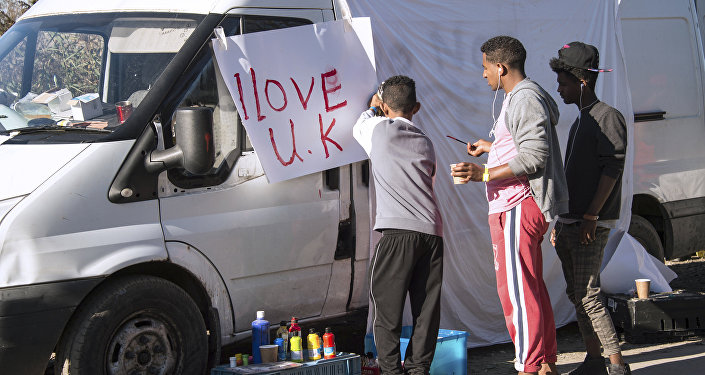 The new deal, reached between London and Brussels on 17 October, managed to address the controversial issue that prevented Johnson's predecessor, Theresa May, from passing her Brexit bill – the backstop clause. Under it, Northern Ireland would have had to operate under EU regulations for an indefinite period of time until a more permanent solution to avoid a hard border in Ireland would be found.

Despite managing to eliminate the backstop clause, Boris Johnson failed to gather enough votes to support his divorce bill, with Parliament rescheduling his 31 October Brexit deadline to 31 January, despite the prime minister's vehement opposition.

Mama, I'm a Criminal: Boris Johnson Confesses the Naughtiest Thing He Has Ever Done