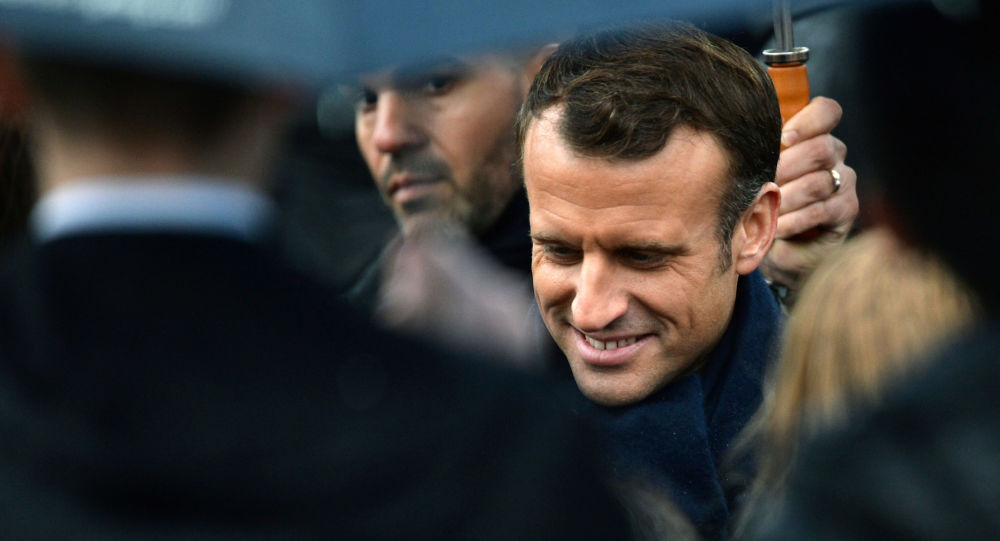 Who Else Otherwise? France Dragging Russia Into Macron Exposé

France is arguably witnessing a sort of an anti-Russia hysteria, with media eagerly chewing over hacking stories and dragging in Russian “spies” under vague wording “as proved by technical data.”

Hardly had the political elite commented on Le Monde’s article about the alleged Russian “cell” operating across Europe, than a new story followed right on the heels, with the French newspaper demonstrating an unrivalled fixation on Russian spies, both digital and offline.

This time Russian intelligence has been reported as playing a role in the 2017 scandal around a leaked email exchange between then-presidential candidate Emmanuel Macron and his close circle.

The incident dubbed “Macron Leaks” happened right ahead of the first round of the presidential vote.

LeMonde implicated two hacking groups purported to be under the key directorate of the Joint Staff - APT28 (Fancy Bear) and Sandworm.

“It is the first time that technical data has proved the complicity of two hacking groups linked to Russian intelligence, in a theft from Macron’s election campaign”, the article notes citing no exact findings, though.

Earlier, this same paper reported a joint effort by British, Swiss, French, and US intelligence to come up with a list of, to say the least, 15 individuals – the “cell” of purported Russian spies said to have been moving via France's Haute-Savoie region between 2014 and 2018.

The investigation claims that the afore-mentioned people made their way through the region, including the towns of Chamonix, Evian and Annemasse, pinpointing the places where they allegedly ate, stayed and shopped. However, it remains unclear and unconfirmed whether these activities were exclusively related to spying, rather than daily routines any human being typically follows.

And while the newspaper noted that the investigators haven't found any material or arms left over by the alleged agents, a senior French intelligence official enthusiastically assumed that "the most likely hypothesis is to consider it (Haute-Savoie) as a rear base for all the clandestine operations carried out by unit 29155 in Europe".

Speaking at a high-profile conference on the Mediterranean, Russian Foreign Minister Sergei Lavrov opted for a bit of a condescending tone:

“However, it [the cell] conducted no intelligence, but nonetheless it is ‘a cell’”, Lavrov dropped in passing.

The foreign minister showed no less irony as he jeered at so-called "data" about Russian agents operating in Chile, amid ongoing protests in the country, as well as cheekily called not to “seek sensations” in claims about Russian contract fighters in Libya.