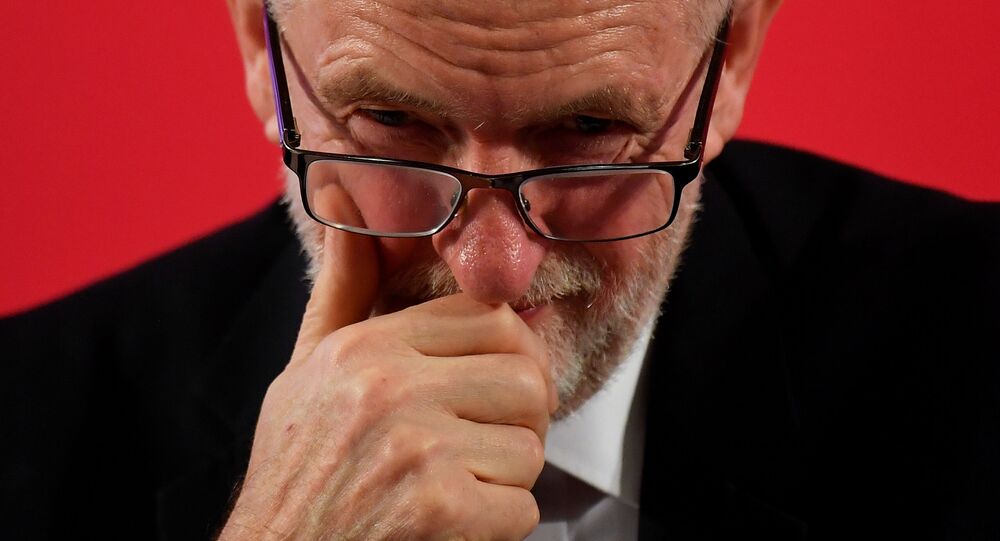 Reddit stated that it's platform has allegedly been exploited for the purported leak of a classified dossier said to detail UK-US trade talks and the future of the British National Health Service (NHS). The social media platform alleged that the leak appears to be intended to influence the upcoming 12 December UK snap general election.

UK Labour leader Jeremy Corbyn earlier alleged that he has obtained the entire leaked dossier, accusing the Tories of trying to cover up that NHS had become a bargaining chip to be sold off in the trade talks with the United States.

On Saturday, Corbyn stressed that the documents "were real", arguing that if there has been no discussion with Washington about access to the British health market - "if all that is wrong, how come after a week they still haven't said that?"

"This is such nonsense", Corbyn slammed a statement made earlier by Reddit alleging links to a purported Russian campaign, according to Sky News.

"The issues are that those documents show exactly what the British government was doing in discussions with Donald Trump's administration in the USA and also why the prime minister has refused to release the report on Russian interference in British politics, which he's been sitting on for a very long time. We obtained those documents", Corbyn said, cited by Sky News.

The Labour party leader refused to reveal the source of the documents, but asserted that the files were authentic.

Reddit, a US-based forum-like social media platform where the documents first emerged in October, suspended dozens of accounts over the alleged leak and claimed the release of the clandestine material was "part of a campaign that has been reported as originating from Russia".

UK Prime Minister Boris Johnson suggested earlier that the truth about the leaked documents was not yet established, stating that the documents did not prove that US President Donald Trump wanted the NHS to be included in a future trade deal with the UK.

The alleged leaked documents contain 451 pages reportedly detailing at least six meetings since July 2017 between US and UK officials to discuss trade.

In a separate comment, Corbyn said that "the prime minister has answers to give which he refuses to do about Russian donations to the Tory [Conservative] Party or the report that he is sitting on about Russian interference in British politics", according to Reuters.

© REUTERS / Peter Nicholls/Pool
Boris Johnson 'Should Certainly' do Interview With Andrew Neil – Brexit Party Member
Johnson has vowed that the UK will ultimately leave the European Union by 31 January if his Conservative Party wins a majority in the upcoming snap election.

Notably, according to the latest survey, conducted by YouGov poll, two-thirds of Labour Leave voters said that they could support leaving the European Union with Johnson’s deal, an outcome that, if true, would dash Labour's hopes of gaining a majority in the upcoming election.

The leaked dossier could, however, reportedly become a trump card for a Labour party landslide.