The rally, which saw dozens of activists parade across Westminster, aimed to tackle what it called a 'climate emergency' via launching a Three Demands Bill leading up to the UK 12 December elections.

Extinction Rebellion (XR) protesters launched fresh rallies across London on Friday, where an unusual attendee - a giant ostrich float - was paraded through Victoria Street and others in Westminster.

Codenamed Operation: BIG BIRD, the rally aimed to "bring the truth to the politicians' doorstep", an XR post said. The march, which featured speeches and music, stopped at each of the UK party headquarters across London. 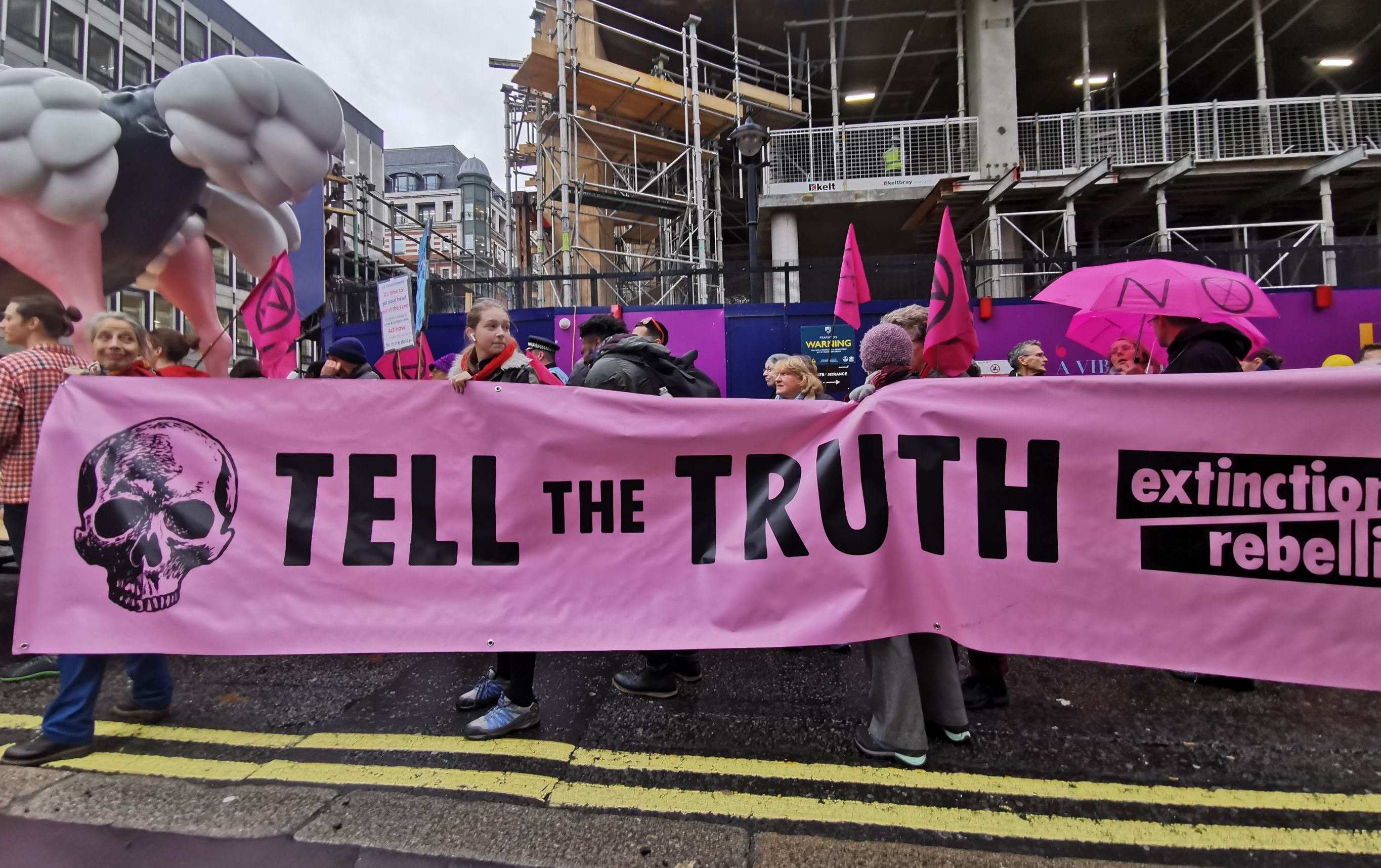 XR demonstrators called upon top political parties to prioritise the 'climate and ecological emergency', stating that those failing to do so had "not earned the right to govern this country".

"We demand that politicians get their heads out of the sand and sign our Three Demands Bill," an XR press statement read.

Activists also called on the UK government to "pull its head out of the sand" and tackle climate change, an XR organiser said.

Speaking at an XR meeting point near the Labour Party office in Westminster, one demonstrator commended participants engaged in hunger strikes who were protesting climate change outside political party headquarters across London.

"So, we had a lot of hope for this building and the party that sits within it when it came out with an ambitious, but still not good enough, 2030 target", he said.

But the man called for a new political system, stating that that MPs were being "lobbied and pressured" by donors to change climate change targets "to the 1920s".

He added to the sound of applause: "We're quite sad about that, and we'd like to mourn the loss of that 2030 target by laying a wreath.

Extinction Rebellion, founded in the UK, launched a "Three Demands Bill" aiming to tackle climate change by liaising with government and organisations, among others.

​Liberal Democrat parliamentary candidate for Broadland, Norfolk, Ben Goodwin, said that he had met the XR Mid-Yare branch to discuss the Climate and Ecological Emergency Bill draft Thursday night, adding that the crisis needed "everyone at the table".

The draft bill urged governments to declare a "Climate and Ecological Emergency" whilst communicating the need for change by working with the media and other institutions, an XR leaflet read.

Governments should also "upgrade democracy" by creating and being led by "the decisions of a Citizens' Assembly" on climate and ecological justice, XR said in a leaflet.

XR protests were launched across the UK in 2019 and spread to numerous cities across the world, including Berlin, Amsterdam, Tokyo, New York and many others, with activists blocking roads and public infrastructure, including London City Airport, the London Stock Exchange and DLR trains in the City of London, prompting the crackdown from Scotland's Yard.

The Metropolitan Police banned the demos across London in October, citing section 14 of the 1986 Public Order Act, which regulates public events deemed to be 'serious' threats to public order and property, among others. But the Scottish High Court ruled the decision was unlawful in early November, stating that such gatherings were "not a public assembly within the meaning of (the act)", the ruling said.