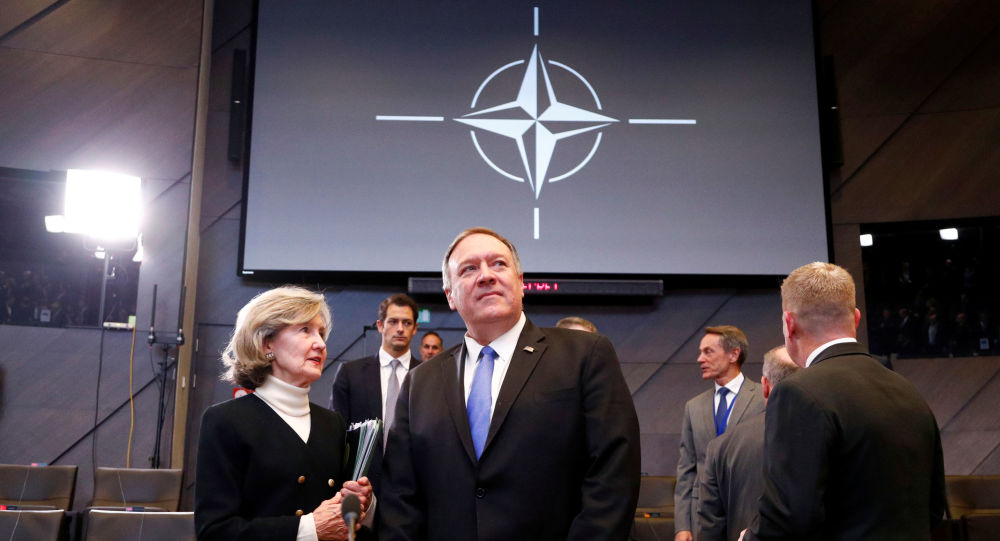 A few dozen participants of the off-schedule meeting were reportedly required to leave their cellphones switched off and secured outside of a hotel room to ensure that nothing US Secretary of State Mike Pompeo said would be recorded.

The informal assembly of a conservative group in the hotel where Pompeo was staying during his visit to London to attend this week's NATO Summit is thought to have included wealthy Republican donors, according to CNN on Thursday. According to the report, Pompeo did not inform the State Department's press pool of his clandestine meeting hosted by the conservative Hamilton Society think-tank.

Pompeo was "very chatty, casual, and entertaining" and reportedly "showed off his witty side, a welcome surprise to the small crowd",according to CNN, citing guests invited to the event. The media report did not elaborate beyond Pompeo spending about an hour behind closed doors with the group.

The news comes amid ongoing rumors, cited by the US media, that Pompeo is mulling a Senate run in the near future - a speculation that has been denied by officials close to the US Secretary of State, who countered the reports by claiming that the top diplomat was entirely focused on the agenda of US President Donald Trump.

© AP Photo / Susan Walsh
US Senate Run Could Become a 'Path' to Pompeo Presidency - Pundit
Earlier this week, Pompeo called media reports alleging that he was preparing to make his run for Congress "completely false" - a comment, echoing a previous statement on the issue made by State Department spokeswoman Morgan Ortagus.

In November, Time magazine published a story claiming that Pompeo told three prominent Republicans that he would resign in the coming months, primarily due to Trump's ongoing impeachment and the likelihood that the process would tarnish the diplomat's political chances while straining his relationship with the president.

US Vows to Prevent Venezuela, Cuba From "Hijacking" Protests in Latin America – Pompeo