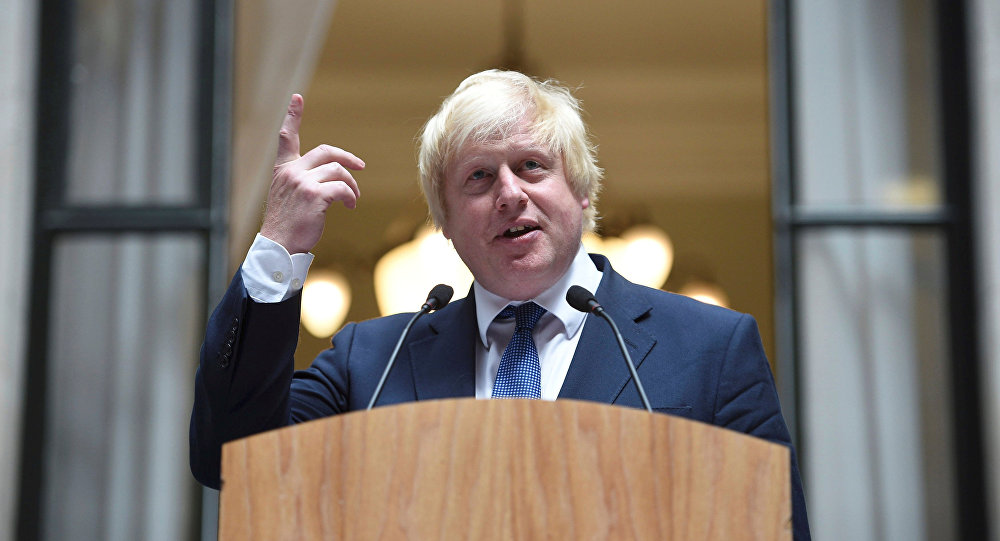 In the process, the Prime Minister seemingly suggested the dossier – which among other things exposed exploratory talks about higher medicine prices outside the EU – may be a forgery.

Speaking to ITV’s This Morning programme, Johnson was put on the spot as to the documents’ contents, with the host suggesting the files indicated Downing Street was willing to put anything and everything ‘on the table’ in US free-trade talks.

“There are photographs that purport to prove there are UFOs,” he responded.

He went on to label allegations that the NHS would be at risk in a US-UK trade deal under his government “complete nonsense” and a “scare story”, perpetuated by Labour at “every election”. He went on to give a “rock solid guarantee” no part of the health service would be sold off to anyone.

Listen to @BorisJohnson gaslighting the nation on @thismorning as he compares leaked OFFICIAL documents showing US in talks about NHS, to "Photos of UFOs"
And I didn't hear @schofe shouting "Just say sorry" to him either! WTAF!!😠#MediaBias #BorisTheLiar #BorisJohnsonLies #JC4PM pic.twitter.com/sqNVOCIHZM

​Nonetheless, Johnson defended the taxing of NHS workers hailing from European Union Member States after the UK leaves the EU. A caller to the show who identified themselves as ‘Dr. Sara’said this amounted to a “nurse taxwhich could cost families up to £10,000 in their first five years in the UK.

"I don't quite know what Sara means but it is only fair people who come to this country make use of our services, from wherever they come from, should make a contribution,” Johnson responded.

© Sputnik / Evgenia Filimianova
'If Elections Were Only Ever About the NHS, the Labour Always Win' - Journo
If the leaked documents are indeed authentic, it’s clear the Trump administration has demanded “full market access” to the NHS and for Nice, which regulates prices in the UK, to no longer be able to block public spending on drugs it doesn’t consider worthwhile.

The documents were released by Labour leader Jeremy Corbyn at a dedicated press conference 27th November - he said the contents left Johnson's denials the NHS would be for sale post-Brexit "in absolute tatters" and the premier had attempted to "cover up" this objective "in a secret agenda".

Corbyn went on to cite the example of Humira, a drug used to treat Crohn’s disease and rheumatoid arthritis.

“It costs our NHS £1,409 a packet. In the US, £8,115...One of the reasons for US drug prices being on average 250 percent of those here is a patent regime rigged for the big pharmaceutical companies. Let’s be frank, the US is not going to negotiate to sell its own medicines for less," he fulminated.