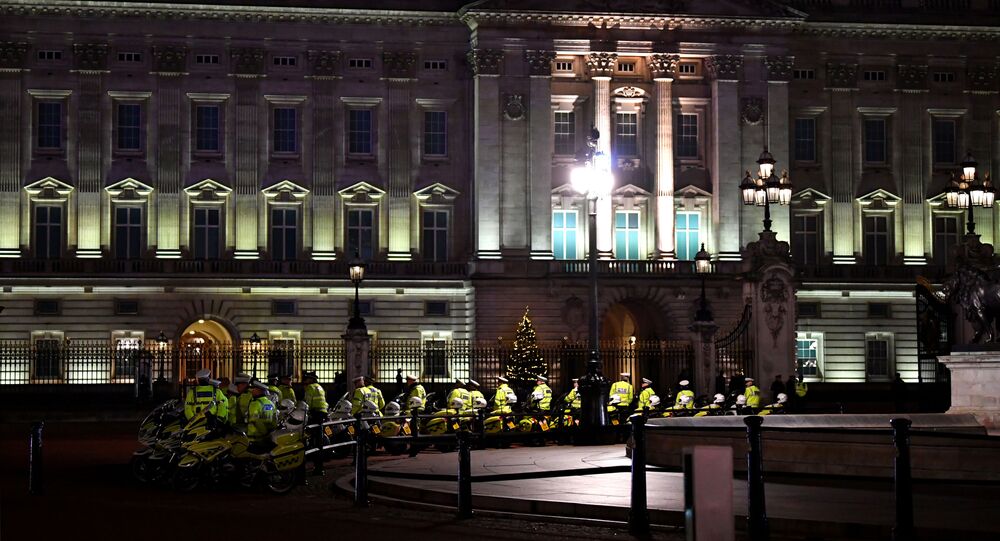 MOSCOW (Sputnik) - Margarita Simonyan, the editor-in-chief of the RT broadcaster, has commented on search and questioning of a producer for Ruptly video news agency, an RT affiliate, who was detained during a NATO summit in London.

"The producer of our Ruptly video content agency, who had accreditation for the NATO summit in London, was detained by the police at the summit itself. He was searched, questioned, all of his reporter documentation was checked and he was told that his accreditation was voided. In accordance with — attention! — the law on terrorism," Simonyan said on Telegram.

Earlier in the day, a producer for the RT-affiliated Ruptly video agency, who was accredited to cover the NATO summit in London earlier this week, said that he had been detained, questioned and searched by the police.

According to the RT news agency, the producer arrived at the press centre where he was supposed to get his badge. A plainclothes police officer then approached him and asked that he wait for other officers to arrive.

"Several police officers approached me and asked to show my documents and explain what I was doing there. I said that I was a journalist who was waiting to get a confirmation of his accreditation. I showed them my passport, journalist ID and a confirmation letter that my accreditation request had been approved. They told me that I was detained on suspicion of terrorism, and they searched me and my belongings," the producer was quoted as saying by RT.

According to the media, police told the journalist that his accreditation had been revoked.

"I said that they were wrong and showed the email. Police continued insisting; I said that I had not been informed about it so I came and entered the building. Some twenty minutes later, they left me alone," the producer said.

Ruptly has sent an inquiry to NATO over the incident but has not received any answer yet.

In recent years, Russian media outlets have been put under pressure in several countries. In 2016, the European Parliament adopted a resolution on the need to counter Russian media, citing Sputnik and RT as major threats.

© Sputnik / Evgeny Biyatov
Moscow Believes RT Ban in Bolivia Driven by Country's New Political Agenda
A number of European and US politicians have accused Sputnik and RT of interfering in other countries' affairs, albeit without providing any proof. Moscow has called all the accusations against RT and Sputnik groundless.

Most recently, Sputnik was denied accreditation to the UK Conservative Party Conference in late September on the eve of the event.

In November, the representative on freedom of the media of the Organisation for Security and Co-operation in Europe, Harlem Desir, urged member states to be more transparent in accrediting Russian journalists.