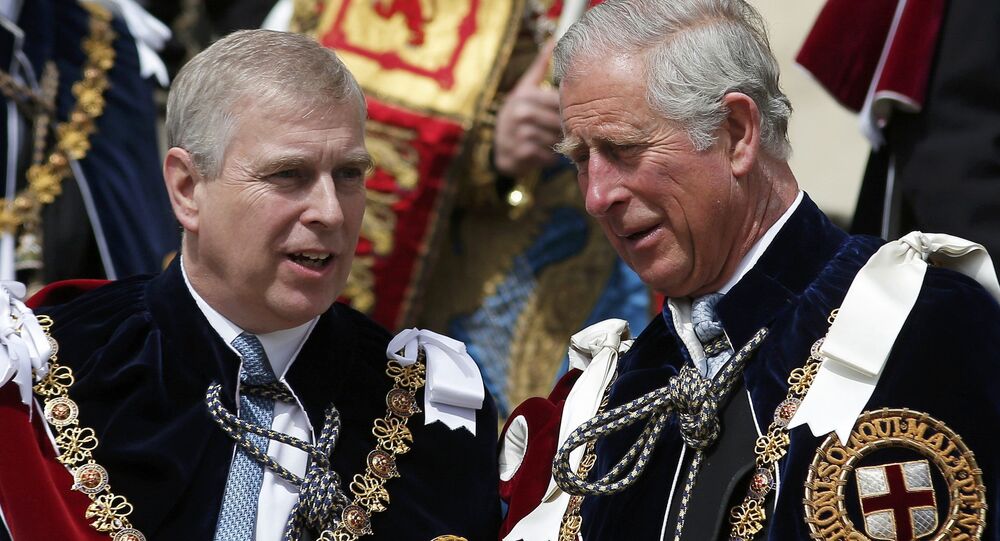 Late last month, The Times cited unnamed UK army and naval sources as saying that due to his previous “car-crash” interview with the BBC, Prince Andrew should be “quietly faded out” from his honorary military positions.

Prince Charles dragged his embattled younger sibling to the royal estate at Sandringham for a showdown, during which the Prince of Wales retired the Duke of York from his public duties, The Sun quoted an unnamed royal source as saying on Wednesday.

“It was all very civilised and calm but Charles calmly read him [Prince Andrew] the riot act and told him there was no way back [into family] for him in the near future”, the source said.

It added that the Duke of York accepted the decision even though he “thought he was being treated harshly as nothing has yet been proved against him”. In any case, the source claimed, Prince Andrew “had little choice”.

According to the source, the Prince of Wales is also thought to be concerned with the possibility of Andrew travelling to the US in order to try to clear his name.

“By doing that, Andrew would remove the mystery around the royal family. It’s a difficult predicament. [Prince] Philip regrets Andrew doesn’t know how to lead a simple life. He thinks he’s been too extravagant,” the source claimed.

The remarks come after The Times cited unnamed UK army and naval sources as saying that due to his “disastrous” interview with the BBC earlier in November, Prince Andrew should be "quietly faded out" from his honorary military positions because he had become “a source of derision” among the ranks.

“It's embarrassing to be represented by someone like that,” they pointed out.

This was preceded by Prince Andrew announcing that he would step down from public duties for the "foreseeable future", because his association with convicted paedophile Epstein had become a “major disruption” to the royal family.

On 16 November, Prince Andrew sat down with the BBC Newsnight after pressure mounted on the 59-year-old following the arrest of Jeffrey Epstein, who finally took his own life in a New York prison while awaiting trial on charges of running a sex trafficking network.

During the interview, Prince Andrew said, in particular, that it was a mistake to have seen Epstein after he was convicted of soliciting prostitution, but added that he did so in order to tell the financier that their friendship was over.

"I felt that doing it over the telephone was the chicken's way of doing it", the Duke of York said.

At the same time, The Duke of York refused to say that he regretted befriending Epstein, adding that knowing the financier had some "beneficial outcomes."