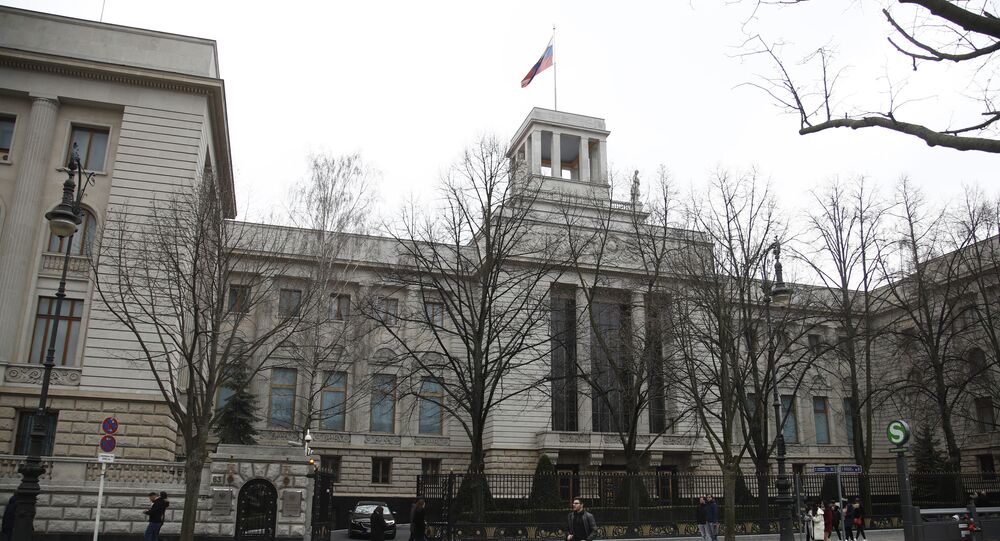 German media has reported that the national chief public prosecutor suspects Russian intelligence agencies of having ordered the killing of a former Chechen military commander. The Kremlin has described the allegations as baseless.

Russia's Foreign Ministry has criticised Germany's decision to expel two employees of the Russian Embassy in Berlin in connection with the assassination of a former Chechen insurgent.

The Foreign Ministry said it views the move as "unsubstantiated and unfriendly."

Russia will respond in kind if the Russian diplomatic workers they turn out to have diplomatic passports, Andrei Klimov, the deputy chair of the upper house's Committee on Foreign Affairs, has said.

"There is an international rule, it was not made up by us, where expulsion of diplomats in response is expected, among other things. So Russia has all the reasons to do that," Klimov said.

The German Foreign Ministry announced earlier in the day that it was expelling the two diplomatic workers because Russian authorities allegedly failed to cooperate with the investigators looking into the murder Zelimkhan Khangoshvili, despite Berlin's requests.

What happened in Berlin?

Khangoshvili, a 40-year-old Georgian citizen who was a commander of a unit that fought Russian troops in the conflict in Chechnya, was shot dead in a Berlin park on 23 August. The following day, German police said they had detained a 49-year-old Russian citizen suspected of killing Khangoshvili.

The German prosecutor general's office said it had evidence to suggest that the "state bodies of Russia or Chechnya" were behind the murder.

Der Spiegel reported on Tuesday that Germany’s chief public prosecutor in Karlsruhe decided to take over the case from Berlin investigators after forensic experts matched the identity of the purported assassin with Vadim Krasikov, who was previously sought over the murder of a Russian businessman in Moscow 2013.

Commenting on the developments, Kremlin spokesman Dmitry Peskov said: "German media have been reporting on this subject exaltedly, but this doesn't mean that this [Russia's involvement] is the case."