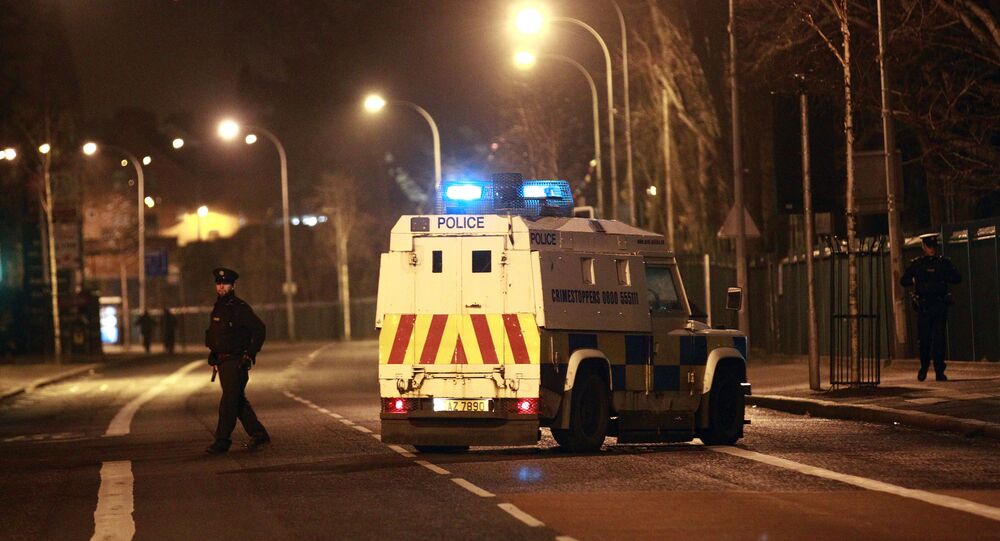 A police patrol vehicle has been targeted in a supposed grenade attack in west Belfast, according to the Sky News.

According to reports, officers were in the Falls Road area leading a routine patrol when a police car was hit by an object as it was driving on Milltown Row.

"A loud bang was then heard and the Land Rover made its way to a place of safety. Thankfully none of the officers inside the vehicle were injured and no damage was noted to the car," Chief Superintendent Jonathan Roberts said as quoted by the Belfastlive media outlet.

He added that the "remnants of a suspected grenade have been recovered and taken away for forensic testing".

Police are at scene of suspected grenade attack on PSNI vehicle in west Belfast. pic.twitter.com/ntCks6D9Ug

​The incident has been defined as an effort to murder police officers.

Searches are underway to ensure there are no other devices present which could threaten passersby.

The New IRA is a nationalist group protesting the 1998 Good Friday Agreement that put an end to the nearly 30-year period of violence and terrorist attacks in Northern Ireland. Over the past few years, the New IRA has carried out several terrorist attacks in the region. In particular, on 22 February 2017, its militants attempted to blow up a police car in Londonderry.

In the 1970s and 1990s, clashes between local Catholics and Protestants occurred in Northern Ireland, accompanied by terrorist attacks. The attacks also occurred in the 2010s.

On 17 October, London and Brussels finally reached a new Brexit deal after protracted negotiations. The new Brexit draft has dropped the controversial Irish backstop to avoid a hard border in favor of giving the devolved parliament of Northern Ireland a say on any future arrangement concerning the territory.