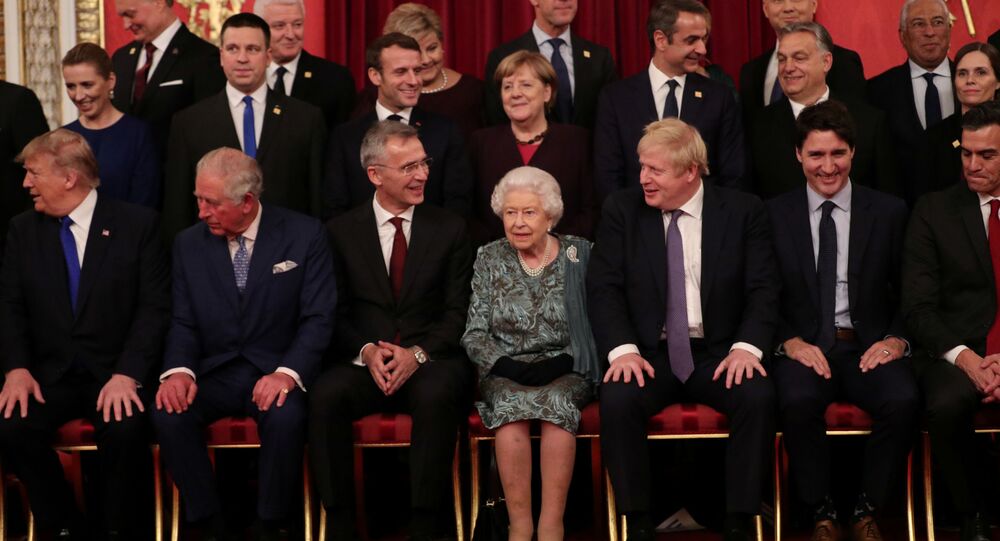 London is currently hosting the 70th annual NATO conference on Tuesday, with bloc leaders and respected associates celebrating the event at Buckingham Palace, with most of the British royal family in attendance.

The royal family's Instagram page marked the 70th anniversary of NATO on Tuesday by sharing old footage of the Queen and Prince Philip overseeing the operations of the bloc.

The royal family account posted 2 videos, the first showing the Queen and the Duke of Edinburgh in a 1957 meeting with US General Lauris Norstad, who served for a time as supreme commander of NATO’s Allied Command Operations.

The 2nd video shows the royal couple in 1980, dropping in on NATO's Belgium HQ, and looking in on a meeting of the North Atlantic Council.

Her Majesty The Queen will host a reception for @nato leaders at Buckingham Palace this evening, to mark 70 years of the Alliance. The North Atlantic Treaty - or Washington Treaty - forms the basis of NATO (North Atlantic Treaty Organisation). It was signed on 4 April 1949 by 12 founding members. The @nato alliance is now formed of 29 countries. It exists to protect the people and territory of its members, and is founded on the principle of collective defence. 🎥Watch archive footage of The Queen and The Duke of Edinburgh visiting the Commander of NATO’s Allied Command Operations, General Norstad, in 1957. Scroll ⬅️ to watch highlights from The Queen and The Duke’s 1980 visit to NATO’s HQ in Belgium, where they attended a meeting of the North Atlantic Council. Video footage © @nato archives

The post comes on the same day that Queen Elizabeth hosts NATO leaders at Buckingham Palace this evening, with others, including the leader of the opposition, Jeremy Corbynm and the family of US President Donald Trump.

Delegates from around the world will also be present at the Tuesday event in Buckingham Palace to honour the event.

Many key guests were spotted preparing for the event, with Trump and his wife, Melania, sitting for an afternoon tea with Prince Charles and Camilla at Clarence House.

Many from the royal family will appear for the event, including the Earl of Wessex, the Princess Royal, the Duke and Duchess of Gloucester and Princess Alexandra.

Prince William and Prince Harry will not be present, as the former is in the Middle East, and Harry and his wife Meghan are still on a 6-week hiatus from royal life.

US President Donald Trump and First Lady Melania Trump mingle with the Queen and the Royal Family at a reception for the Nato summit at Buckingham Palace. #RoyalFamily #NatoSummit #DonaldTrump pic.twitter.com/kUfF7QAD75

​The Duke of York, Prince Andrew, will also not be in attendance after stepping down from the public eye following accusations that he had sexual relations with a 17-year old as part of his relationship with convicted padeophile Jeffrey Epstein.

Turkish President Recep Tayyip Erdogan, his wife Emine, the Chancellor of Germany, Angela Merkel, and the Prime Minister of the Netherlands, Mark Rutte, as well as other NATO and world powers will also be in attendance

UK opposition leader Corbyn, an ardent opponent of NATO and US foreign policy, has vowed to confront Trump over assertions that Washington is interested in taking over control of Britain's National Health Service in a post-Brexit trade deal.