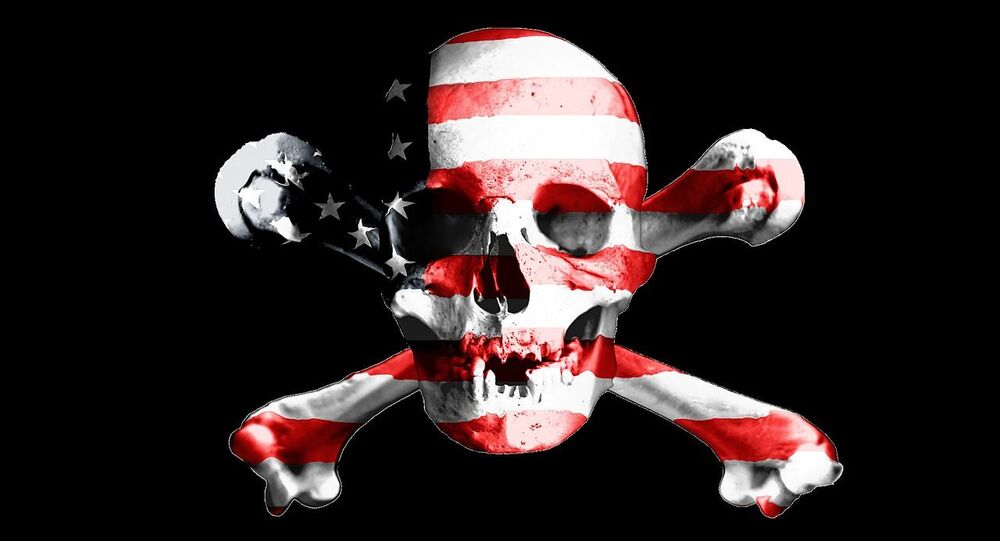 The findings are being revealed just as Donald Trump is paying an official visit to the UK. The US president is expected to face protests from British doctors and nurses over rumours that his administration was discussing the privatisation of the National Health Service.

In a show of distrust in Britain’s long-standing ally, nearly one-third of Britons said they view the United States as a threat to global peace and security, according to a new opinion survey.

The poll, billed as “nationally representative”, was conducted by the consultancy Opinium for the British Foreign Policy Group (BFPG), an independent think tank.

When asked to choose the biggest threats among nations, Britons placed Russia (57 percent), North Korea (40 percent), China (37 percent) and Iran (35 percent) in the Top 5, ahead of the United States (30 percent).

While perceptions of the top 4 countries in the list can hardly seem surprising – given the widely-publicised but yet-unconfirmed allegations against Russia regarding the Salisbury attack, as well as the United States’ hostile policies toward its perceived adversaries in Asia – pollsters said the sentiment toward the United States was “the most striking”.

BFPG Director Sophia Gaston told The Sydney Morning Herald that “the growing antipathy towards the United States reflects the increasingly binary identities that have emerged in the wake of the 2016 EU referendum, with political leaders presenting a zero-sum choice of a future aligned with America or the European Union.”

“The ‘special relationship’ has withstood turbulent times before, and there is every chance it will find a pathway through these rocky years,” she added.

“However, with both countries heading to the polls, the uncertainty of outcomes – and the stakes they carry – mean there is also potential for new strains to emerge.”

The findings came out on the same day US President Donald Trump is paying a visit to London for a NATO summit. His previous two visits have been marred by mass protests, and the president was forced to minimise his presence in London.

The US and the UK have yet to formalise a deal that would regulate their trade relations after Britain quits the European Union. Minutes from meetings between US and UK negotiations, revealed by Jeremy Corbyn last week, appeared to show that Britain’s system of public healthcare providers, the National Health Service, was part of the discussions. NHS employees plan to stage a march of protest against the potential sale of the NHS to private American insurance companies.

Prime Minister Boris Johnson has repeatedly denied plans to sell one of Britain’s most prized assets – something critics fear would boost the price of medicine. Speaking today upon arrival in the UK, Trump also said he would reject such a deal even if it was handed “a silver platter” – a dramatic reversal from his earlier remarks that “NHS or anything else” should be on the table in trade negotiations.