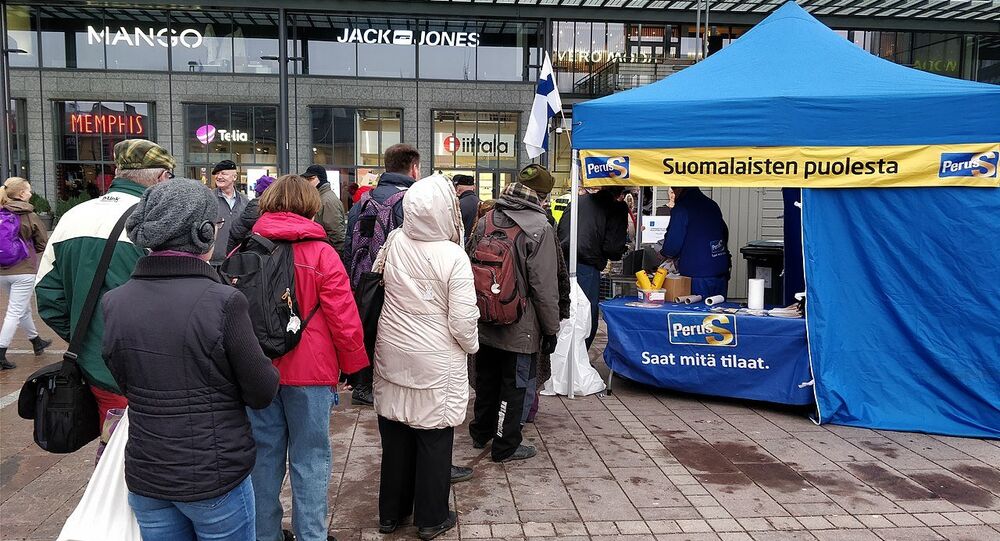 After a bitter 2017 schism that resulted in a plummet to single-digit popularity in opinion polls, the nationalist party formerly known as the True Finns have reclaimed the people's trust, becoming the Nordic country's largest and edging out both the ruling Social Democrats and the centrist opposition.

The immigration-critical Finns party has enjoyed a massive leap in popularity and have established themselves as the nation's most popular party, the newspaper Helsingin Sanomat reported.

In a recent survey carried out by pollster Kantar TNS on behalf of the newspaper, the Finns garnered the support of 22.4 percent of the population.

By contrast, the Social Democrats, after narrowly winning a contested election in April and forming a coalition government with other left-of-the-centre parties, contended themselves with an unassuming third place at 15.2 percent, trailing the centre-right National Coalition Party at 17.3 percent.

A November poll by national broadcaster Yle yielded a similar picture, with the Finns at the top with 23 percent and the Social Democrats sliding down to the fourth place, losing even to the Greens at 14.2 percent.

Both measurements indicated that the Finns enjoy wide support throughout the country, virtually among all population groups and all ages. The only difference is that men tend to support the party more than women. This phenomenon is familiar from Finland's neighbour country Sweden, where the right-wing Sweden Democrats would have won the 2018 election hands down, had only men voted.

Susanna Ginman, the lead writer at the Finnish newspaper Hufvudstadsbladet, singled out two reasons for the Finns's successes.

“One is the old one, that is immigration. They routinely use the term 'harmful immigration',” Ginman told Swedish Radio.

The other reason is the party's attitude to the climate change, she said. “While they do not deny climate change or the human impact, they we do not need to do anything because we have already done so much and it is a drop in the sea,” Ginman explained.

In November, professor of political science Åsa von Schoultz argued that the Finns' support increased due to the public debate over issues such as the environment, where they offer “clear answers”.

The Eurosceptic, anti-immigration Finns suffered a bitter schism in 2017. Half of the party, including its founder and perennial leader Timo Soini, left to form the Blue Reform party, which flopped bitterly in the 2019 election.

The Finns, by contrast, emerged as Finland's largest opposition party after sensationally finishing second with 17.5 percent of the vote. The Finns have only one seat fewer than Prime Minister Antti Rinne's Social Democratic Party.

In Finnish and Swedish, the Finns are still known as the True Finns. Led by Jussi Halla-aho, the party remains firmly opposed to globalisation and immigration.