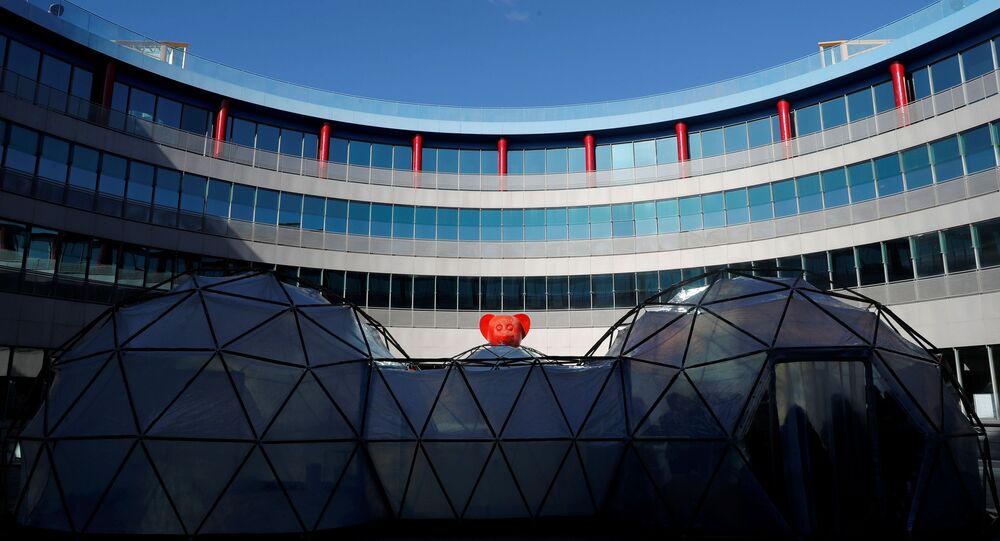 MOSCOW (Sputnik) - The United Nations Climate Change Conference (COP25) opened in Madrid on 2 December, in the run-up to the 2020 deadline for countries to submit their new, more ambitious, climate action plans in pursuant to the 2015 Paris deal.

The event, which has gathered around 30,000 participants, will run through 13 December.

© REUTERS / KEVIN LAMARQUE
Videos: Climate Strike Activists Create Havoc, Shutter Washington DC Streets
One month prior to COP25, the United States, which accounts for about 15 percent of global greenhouse gas emissions, officially informed the UN of its plans to exit the climate accord on November 4, 2020. This comes after the US announced in 2017 that it would pull out of the deal as soon as legally possible.

The US delegation to the conference will be headed by Ambassador Marcia Bernicat, the principal deputy assistant secretary of state for oceans and international environmental and scientific affairs.

Teenage Swedish environmental activist Greta Thunberg is also on her way from the US to Spain onboard a catamaran. She is still sailing across the Atlantic and is expected to arrive a day late.

Thunberg became an international celebrity in August 2018 when she had her first "climate strike" by skipping school to protest outside the Swedish parliament. She later continued to do this every Friday. Her actions inspired the Fridays for Future initiative, which swept Sweden and other countries, uniting young people who are dissatisfied with the lack of climate action by authorities. She has since become the main guest of major environmental events.

The green zone will be dedicated to civil society initiatives aiming to promote social participation.

COP25 in Madrid is the last UN climate forum before countries are due to submit their enhanced Nationally Determined Contributions (NDCs) for the first Paris Agreement implementation cycle in 2020.

The UN urges countries to show real political will and determination to change their climate policies to still be able to achieve the goals of the 2015 Paris climate deal, keeping global warming below 1.5 degrees Celsius (2.7 degrees Fahrenheit).

The major focus of the two-week UN climate talks in Madrid is to forge a new carbon trading system, which proved to be the hardest part of the Paris climate deal and the one that was not agreed on in a rulebook for Paris climate deal implementation at COP24 in Poland in December 2018.

The aim is to come up with a regulatory framework for a global carbon trading system, a complex issue that falls under Article 6 of the Paris Agreement. The adoption of such system would either move forward the Paris climate accord implementation or jeopardise the achievement of its goals in case of a weak deal.

Countries most vulnerable to climate change meanwhile call for more robust climate action from the other nations.

Key priorities for the LDC Group at COP25 include finalising robust rules for the future emissions trading scheme, which are consistent with the Paris agreement targets, and the achievement of other climate accord goals, according to the press release.

The COP25 conference takes place at the IFEMA convention center on the outskirts of the Spanish capital. Over 5,000 law enforcement officers are on duty to ensure security. According to the United Nations Framework Convention on Climate Change (UNFCCC), around 30,000 participants have been accredited to the event.

The Climate Change Conference is held annually within the framework of the UNFCCC. The 197 countries which have ratified the UN convention on climate change are called the Parties to the Convention. As part of the annual conference, the countries' representatives participate in the Conference of the Parties.

The Paris Agreement was adopted during COP21 in the French capital and is aimed at fighting climate change by trying to keep the increase in global average temperature below 2 degrees Celsius above pre-industrial levels. The accord has since been ratified by 187 parties to the UNFCCC.