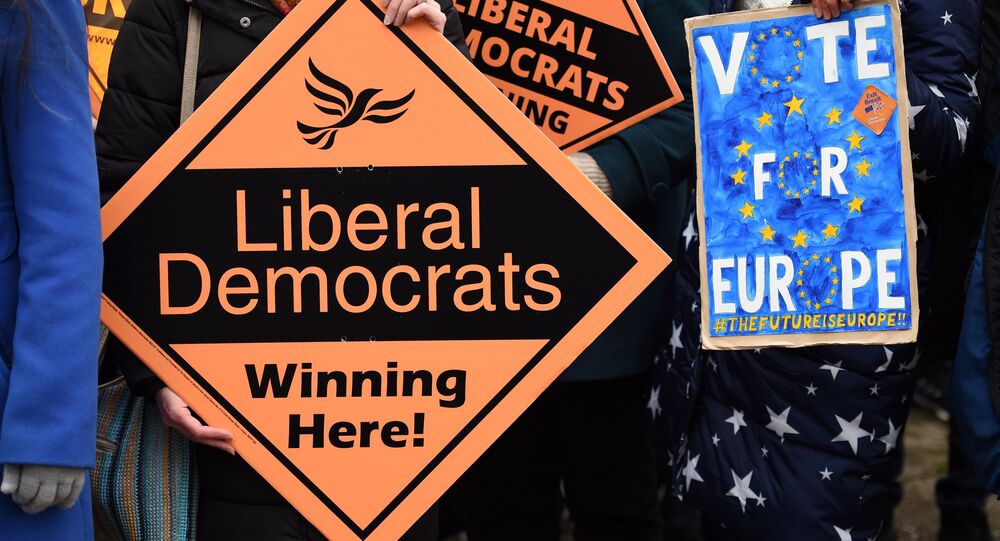 It's just the latest scandal to rock the Liberal Democrats - over the course of the General Election campaign, the party has been condemned for publicising misleading polling data exaggerating its standing in the polls, and much, much more.

A senior member of the Liberal Democrats’ campaign team has been suspended after apparently forging emails to support legal threats against a journalist who published an embarrassing story about the party. The suspension was preceded by the publication of a report by the investigative news website openDemocracy, which shed light on the misconduct by staffers.

On 13th November, investigative news website openDemocracy exclusively reported the party was under investigation by the Information Commissioner’s Office (ICO) for selling the personal data of its members to pro-Remain campaign group Britain Stronger in Europe (BSiE) ahead of the 2016 Brexit referendum for £100,000.

The party rejects any allegation of wrongdoing, maintaining it only disclosed publicly available electoral register data, on which a “simple enhancement service” had been conducted, such as adding individuals’ telephone numbers, and no sensitive information had been auctioned.

The ICO was nonetheless sceptical of whether the “simple” service claimed could be worth such a sum, especially as the then-cash-strapped party’s senior officials allegedly likened the deal struck with BSiE to “hitting the jackpot” – and when questioned by the watchdog’s investigators, the party conceded the agreement aimed to “model electoral roll data, with a view to highlighting potential voting intentions”. The ICO also reportedly probed whether canvassing data was involved in the deal, and if so, party campaigners had informed those questioned their information may be passed on to a third party or not.

​Despite its sinister and seismic implications, openDemocracy’s exposé was for reasons unclear almost entirely ignored by the UK mainstream media – it certainly didn’t go unnoticed in Liberal Democrat headquarters however, and 24 hours after the article was published its author Jim Cusick received an irate email from a senior party press apparatchik, enquiring why the piece failed to include a response from the Liberal Democrats.

Cusick replied that he’d submitted a request for comment but never received a response, offering to incorporate any statement they subsequently submitted forthwith. No reply was forthcoming – but two days later, openDemocracy received an ominous letter from leading commercial law firm Goodman Derrick, branding the article’s core implications“completely unfounded”and “clearly inaccurate and misleading”, and accusing the organisation of journalistic malpractice for its failure to include a statement by the party therein.

As dishonest and entitled as Clegg? https://t.co/qBoVIfnVGZ

​Moreover, the firm alleged the article was “evidently intended to be disparaging against [the party]”in the run-up to the 12th December General Election and “likely to cause, if not already done so [sic], serious harm” to the Liberal Democrats’ election campaign.

The letter also took aim at the image used to illustrate the piece,  a photo of current Liberal Democrat leader Jo Swinson, as she wasn’t an MP at the time of the data sale, despite the article making this clear, which Goodman Derrick claimed breached electoral law.

"Accordingly we request you take immediate steps to ensure you don't publish any further derogatory allegations concerning the above matters about the Liberal Democrats or Ms. Swinson...We further request you either correct the article to remove all derogatory and disparaging statements, or in the alternative, remove the article altogether,” the missive concluded.

In response, openDemocracy dismissed the litany of charges levelled, and made clear the party at no time provided a statement for inclusion – a few emails later, Goodman Derrick wrote stating an “on the record” response had been provided to Cusick a day before publication, and demanding an explanation and written apology from openDemocracy for failing to include it, which the party would be able to publicise wherever it saw fit.

​Attached was an email allegedly sent to openDemocracy dated 12th November which the firm implied was proof their clients’ position had been wilfully ignored. There was one small problems though – Cusick hadn’t emailed the party requesting comment that day, but the next. Shockingly, the message was in fact a “crude forgery”.

The investigative news website duly responded asking how it was possible the party could’ve responded to the journalist’s questions 18 hours before they’d been asked, and suggesting the “crude forgery” amounted to “a prima facie instance of attempted fraud”.

After several days of radio silence, the Liberal Democrats’ press office finally got in touch to acknowledge a “mistake had been made” which was being investigated, and a member of staff involved had been suspended pending “due process”.

“Why was the Lib Dem press office so desperate to discredit our story? If, as they strongly maintain, the party acted in accordance with the law at all times, why did someone think it important enough to repeatedly make false claims, including a faked document, via expensive lawyers? What did our story reveal that prompted this level of duplicity? The replies from Goodman Derrick were issued on behalf of the party and its leader. This assumes senior figures were involved. Who sanctioned and signed off this aggressive legal pursuit, including the letter with the forged email? How might Lib Dem supporters and donors feel about this appalling use of party funds? What does this whole episode say about the so-called ‘Liberal’ Democrats’ regard for fact-checking, accuracy and press freedom?” she despairs.

Fitzgerald concluded by noting she’d come to expect such behavior from “corrupt oligarchs and bullying, vain businessmen” –  by her own admission, she perhaps naively didn’t expect it from Jo Swinson’s Liberal Democrats.