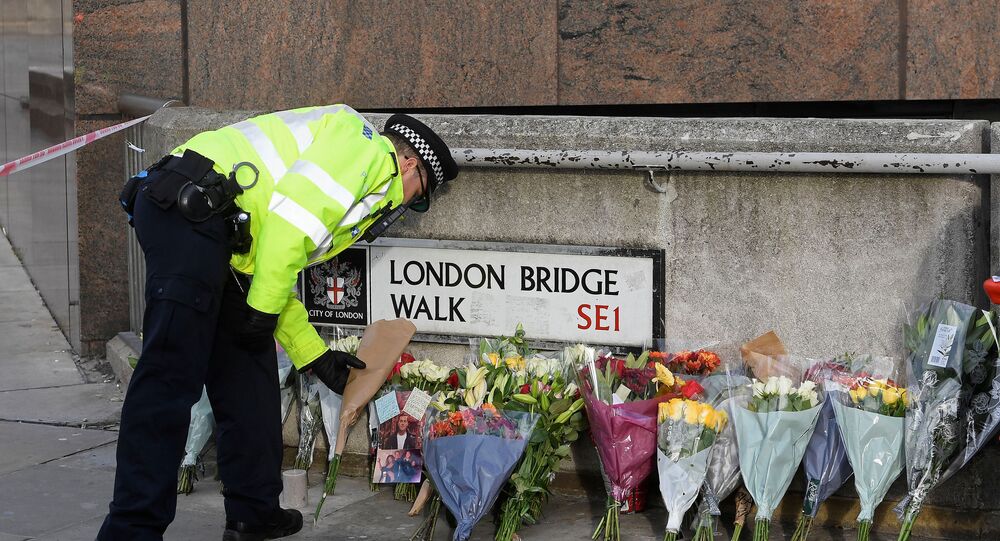 LONDON (Sputnik) - The UK Metropolitan Police said on Sunday that they had identified both victims of the recent terrorist attack near London Bridge, who turned out to be graduates of the University of Cambridge.

"A man and woman who died following the terrorist attack near to London Bridge on Friday, 29 November have been formally identified as Jack Merritt, 25, of Cottenham, Cambridgeshire and Saskia Jones, 23, of Stratford-upon-Avon, Warwickshire. Both were graduates of the University of Cambridge and were involved in the Learning Together programme – Jack as a co-ordinator and Saskia as a volunteer. Family liaison officers are supporting their families," the statement said.

On Friday, Met Police said a man had stabbed several people near and on London Bridge in the UK capital. Assistant Commissioner Neil Basu confirmed that the suspect had been shot dead on the spot, and the incident was classified as a terrorist attack. Two people later died of their injuries. The police have identified the man who instigated the attack as 28-year old Usman Khan, convicted in 2012 for terrorism offences and released in December 2018.

According to the police, two people, injured in the attack, remain in stable condition at a hospital, while the third injured person is now able to return home.

The Daesh* terrorist group reportedly claimed responsibility for the attack.