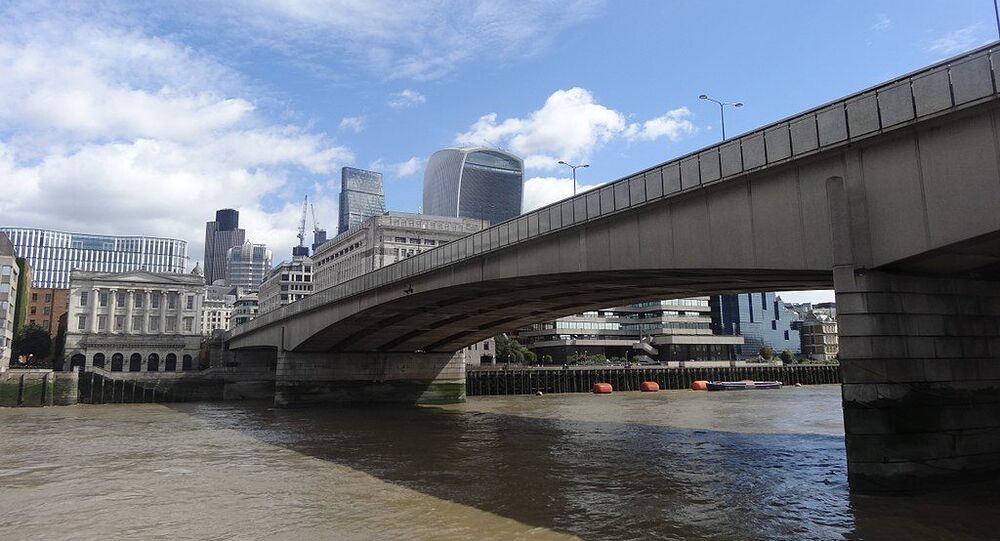 Earlier in the day, UK media reported of a major incident in the heart of the British capital, saying that several shots had been fired at London Bridge.

London's Metropolitan Police have been deployed to London Bridge amid reports of a shooting incident, law enforcement said in a statement.

As a result of the attack, several people were injured and the suspected perpetrator detained, the police said.

Police were called at 1:58pm to a stabbing at premises near to London Bridge.

Emergency services attended, including officers from the Met and @CityPolice.

A man has been detained by police. We believe a number of people have been injured. Further info to follow.

A witness said that he had heard about five or six gunshots on London Bridge, and "everyone was running away screaming about a man with a knife".

Witnesses have shared photos of the ongoing incident, saying that at least seven police cars have arrived at the site. Several ambulances have also arrived at the scene.

Was just on a bus when it happened pic.twitter.com/NzsNrVl4Xh

The police have cordoned off the bridge, reports say. BBC reporter John McManus claimed he saw a group of men fighting on the bridge.

Earlier reports indicate that several shots have been fired at the bridge.

Transport for London reported that London Bridge station is closed following the incident. Sky News reported that the attacker was believed to have been fatally shot by the police, which the law enforcement confirmed later.

UK Prime Minister Boris Johnson pledged that all those involved in the recent attack on London Bridge will be "hunted down" and punished, and noted the bravery of the citizens who disarmed and grappled to the ground the attacker before police arrived at the scene.

London Bridge links the city's business district with the south bank of the River Thames.