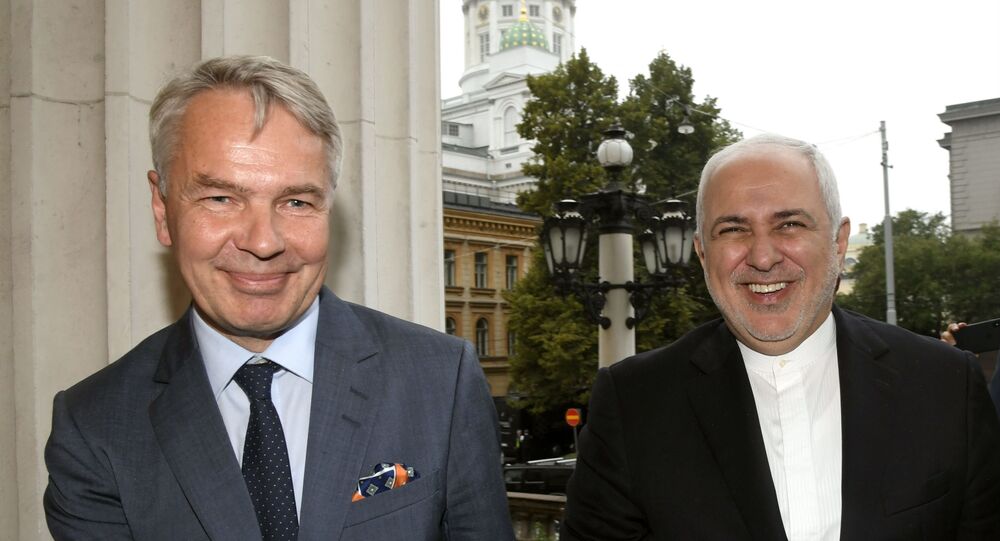 Iran considers the European Instrument in Support of Trade Exchanges (INSTEX), a tool set up to help trade with Tehran under the US sanctions, to be weak, Iranian Deputy Foreign Minister Seyed Abbas Araghchi stated earlier in November, adding that the system has not been fully implemented so far.

Finland, Belgium, Denmark, Netherlands, Norway, Sweden will join the INSTEX mechanism for trade with Iran, the Finnish Foreign Ministry said in a statement.

"In light of the continuous European support for the agreement and the ongoing efforts to implement the economic part of it and to facilitate legitimate trade between Europe and Iran, we are now in the process of becoming shareholders of the Instrument in Support of Trade Exchanges (INSTEX) subject to completion of national procedures", the joint statement reads.

The INSTEX is a special purpose vehicle created by Germany, France, and Britain in February to help EU companies do business with Iran, bypassing US sanctions against the country. Following a meeting of the Joint Commission of the JCPOA in June, the mechanism became operational and available to all EU member states. The trade instrument in its initial stage only covers the supply of medicines, medical equipment, and agricultural products, but Tehran also seeks to export oil.

© AFP 2021 / HO / ATOMIC ENERGY ORGANIZATION OF IRAN
Uranium Particles Discovered by IAEA in Iran Not Related to JCPOA - Russian Senior Official
In 2018, the United States abandoned its conciliatory policy on Iran, withdrawing from the Joint Comprehensive Plan of Action (JCPOA) and hitting Iran with sanctions. The European Union has been trying to preserve the JCPOA by various diplomatic means.

The JCPOA was signed in 2015 by Iran, China, France, Germany, Russia, the United Kingdom, the United States, Germany, and the European Union.

It required Iran to scale back its nuclear programme and severely downgrade its uranium reserves in exchange for sanctions relief. After the United States' unilateral withdrawal from the pact in May 2018 and reintroduction of large-scale sanctions on Iran, Tehran began gradually abandoning its JCPOA obligations. In May of this year, Iran warned it would gradually abandon its nuclear commitments every 60 days.