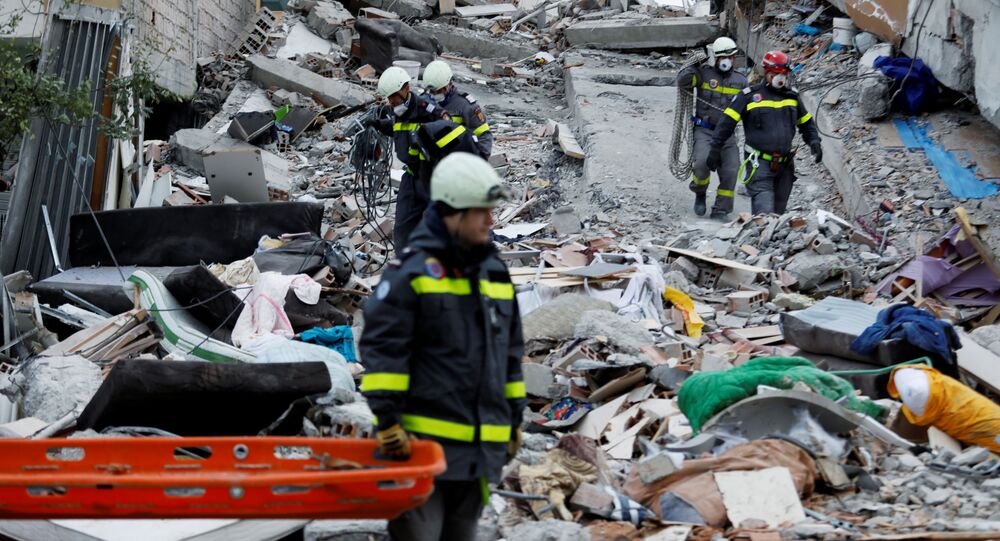 MOSCOW (Sputnik) - The number of victims of the devastating earthquake in Albania has increased to 40 people, Albanian news portal Exit reported on Thursday.

The 6.4 magnitude earthquake took place in the early hours of Tuesday and was followed by several powerful aftershocks. The disaster caused significant destruction, especially in the city of Durres.

According to the news outlet, rescue operations continued in Durres, but were stopped in the city of Thumane, where, presumably, there are no more people under the rubble.

It is reported that at present, 45 people have been rescued from under the rubble, three of them are in serious condition. More than 650 were injured. Three children, aged three, four and eight are among the victims.

Albanian Prime Minister Edy Rama on Wednesday canceled the celebrations on 28 November on the occasion of the Day of the Albanian flag, declared national mourning and proclaimed an emergency situation in the cities of Tirana and Durres.