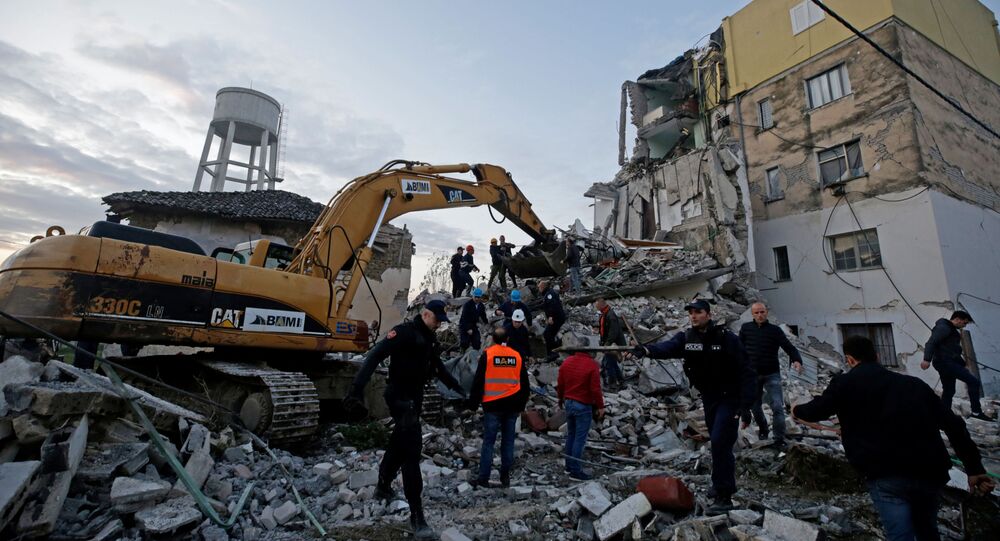 BELGRADE (Sputnik) – The death toll from a powerful earthquake that struck near the Albanian capital of Tirana has risen to 35, media reported on Wednesday.

The 6.4 magnitude earthquake took place in the early hours of Tuesday and was followed by several powerful aftershocks. The disaster caused significant destruction, especially in the city of Durres.

According to the Albanian Daily News newspaper, hundreds of people were injured, 47 rescued from the debris and 25 more remain missing.

The search and rescue operation is underway.

Albania lies in a seismologically active region as the Mediterranean Sea is a border between the African and Eurasian plates. The movement of the African plate to the north – where the Eurasian plate lies – sometimes causes earthquakes and has already resulted in the formation of several mountain ranges in Europe, including the Alps.

The deadliest earthquake in Albania took place on November 26, 1920, in the Gjirokaster County, leaving some 200 people dead.

Death Toll in Powerful Earthquake in Albania Grows to 32 - Reports