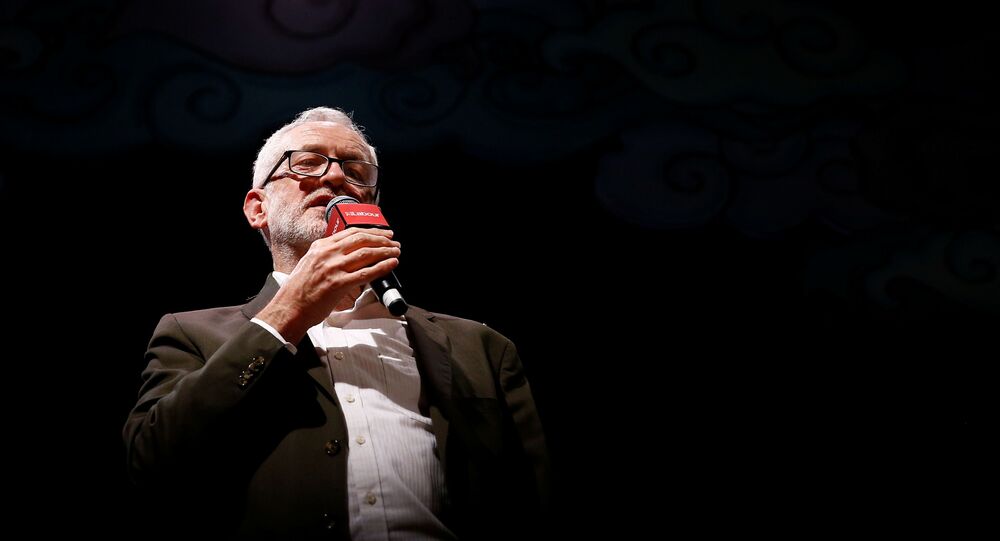 With just two days left for entries on the register for the 12 December election, Labour leader Jeremy Corbyn has resorted to unconventional means to encourage people to cast their vote.

The tweet in question jokes about a woman telling her partner to tie her up and do “whatever he wants” with her; he does tie her up and leaves her alone, blindfolded, to register to vote in the UK general election.

The image was originally posted by a Twitter account going by the nickname ‘libdem’ in response to the British journalist and documentary filmmaker Louis Theroux, who called on people to “get on it” and vote.

The spicy post was complete with the caption “register to vote with memes louis, it sends the message better."

The re-tweet sparked both enthusiasm and confusion among the British users who noticed it. One person wrote: “I can’t believe Corbyn retweeted this. What a boss.”

Another said: “Not sure how I feel about Corbyn re-tweeting what he just retweeted.”

“Feeling for the person on Corbyn’s social team who retweeted this,” read one reply.

The Twitter account which posted the picture went private shortly thereafter – meaning that the picture was only visible to confirmed users – and Corbyn’s account undid the re-tweet so it no longer appears on his timeline.

The general election – a second in two years – is scheduled for 12 December 2019; Britons must be on the electoral register to be eligible to vote. The deadline for those living in England, Scotland or Wales is 11:59 pm on 26 November.

According to the latest polls, the Conservative Party is likely to win around 40 percent of the vote; with Labour is consistently polling at around 10 percent lower.

However, the timing of the December vote may well affect the results. It is difficult to predict the voter turnout, but some analysts say that the weather in December – when the days are shorter and colder – may discourage some elderly UK residents, most of whom typically support the Tories, from going to the polls. This could give Jeremy Corbyn’s party a slight advantage in what would probably be his last election as Labour leader.