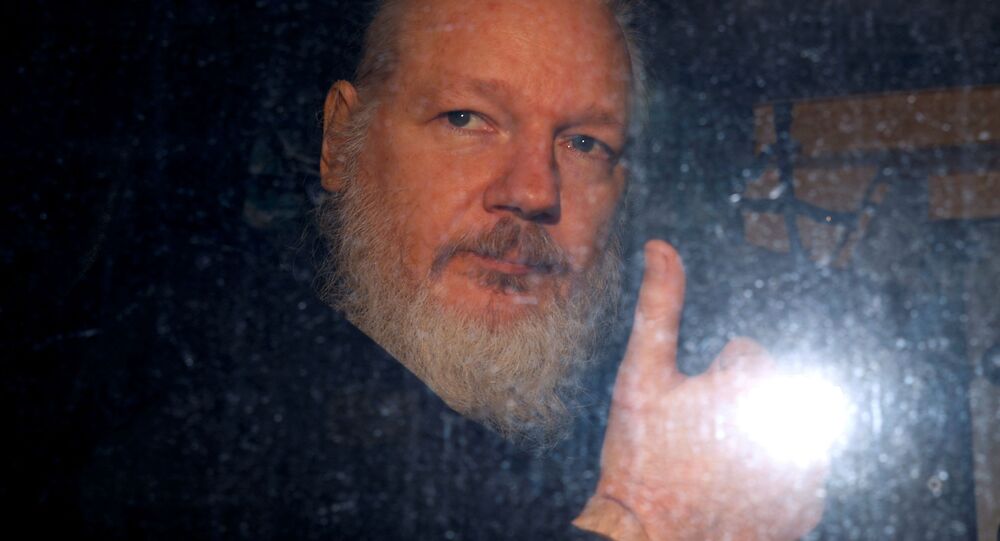 Late last week, Australian John Shipton, father of Julian Assange, said in an interview with a Norwegian news outlet that the WikiLeaks founder’s extradition to the US would mean the death of his son.

In a letter to UK Home Secretary Priti Patel, a group of medics expressed “serious concerns” about Julian Assange’s health, casting doubt on his fitness to stand trial at a US extradition hearing slated for February.

The letter was signed by more than 60 doctors, including those from the UK, Australia, Europe and Sri Lanka, who insisted that Assange, who is now being held in London’s Belmarsh prison, requires "an urgent expert medical assessment of both his physical and psychological state of health”.

“Any medical treatment indicated should be administered in a properly equipped and expertly staffed university teaching hospital (tertiary care),” they pointed out, warning that otherwise, the 48-year-old WikiLeaks founder “could die in prison”.

“The medical situation is thereby urgent. There is no time to lose”, the medics underscored.

Commenting on the matter, Lissa Johnson, a clinical psychologist in Australia and one of the letter's signatories, said that an independent medical assessment is needed in order “to determine whether Julian Assange is medically fit for any of his pending legal proceedings”.

“Consistent with its commitment to human rights and the rule of law, the UK Government must heed the urgent warning of medical professionals from around the world, and transfer Julian Assange to an appropriately specialised and expert hospital setting, before it's too late”, she was quoted by The Daily Mail as saying.

The doctors’ letter, which has also been copied to Shadow Home Secretary Diane Abbott, comes after Australian John Shipton, father of Julian Assange, told the Norwegian media outlet VG that his son will not survive the extradition to the US.

“I've reconciled with the thought that Julian can die in prison. It's not a bitter father's speech. That's a fact. I'm an old man, so I can't exactly jump over the prison walls to get him. But I will do everything I can do. I can't sit still and just watch this happen," Shipton said.

The remarks were preceded by WikiLeaks announcing last Tuesday that Sweden had discontinued its investigation into a rape allegation against Assange, which it began in 2010.

However, the whistleblower still faces criminal charges from two other countries — the United Kingdom and the United States.

The WikiLeaks founder skipped bail and hid in the Ecuadorean Embassy in London in 2012 for fears he would be extradited to the United States to face the death penalty for leaking Afghan war logs.

A War on Whistleblowers: Highlights From the 'Don't Extradite Assange' Rally Outside UK Home Office