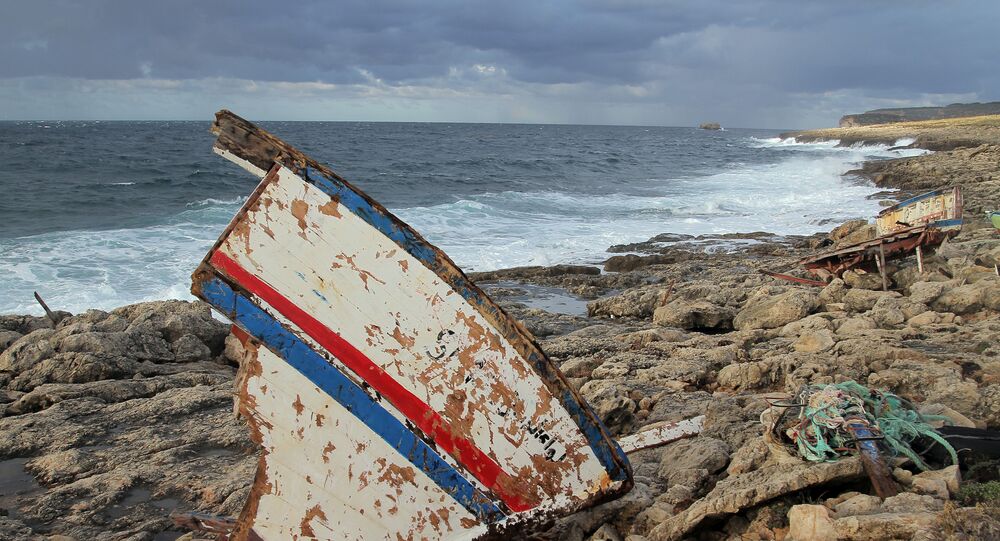 ROME (Sputnik) - Five bodies were found on Sunday during a search and rescue for migrants from a boat that capsized off the coast of the Sicilian island of Lampedusa, the Italian coast guard said.

The bodies of three women were found at sea by a coast guard ship, while two more bodies were discovered ashore by the Italian financial guard.

Severe weather conditions remain in place in the search area. According to those rescued, up to 20 passengers of the boat are unaccounted for.

On 23 November, the coast guard saved 149 migrants from the boat that was in distress a mile (1.6 kilometre) from Lampedusa. The next day, the search and rescue for those missing continued.

​Italy is one of the main entry points to Europe for undocumented migrants fleeing hostilities and poverty in Middle Eastern and North African countries.

© REUTERS / Handout .
Italy Allows Ocean Viking Vessel With 82 Migrants to Dock at Lampedusa - Rescue Agency
In early November, Doctors Without Borders said that non-governmental organisations were facing unprecedented pressure in connection with their migrant rescue activities at sea, which had forced many of their vessels to shut down their activities in the Central Mediterranean.

Prior to that, former Interior Minister Matteo Salvini issued a formal decree prohibiting private rescue ships to enter the Italian waters without permission and envisaging an up to one million euro fine ($1.1 million) for non-compliance.

In April, Salvini refused to allow the docking of the Alan Kurdi rescue ship, operated by the Sea Eye NGO. According to the report, it had 64 migrants on board, including women and children. They eventually disembarked in Malta and were distributed among France, Germany, Luxembourg, and Portugal.