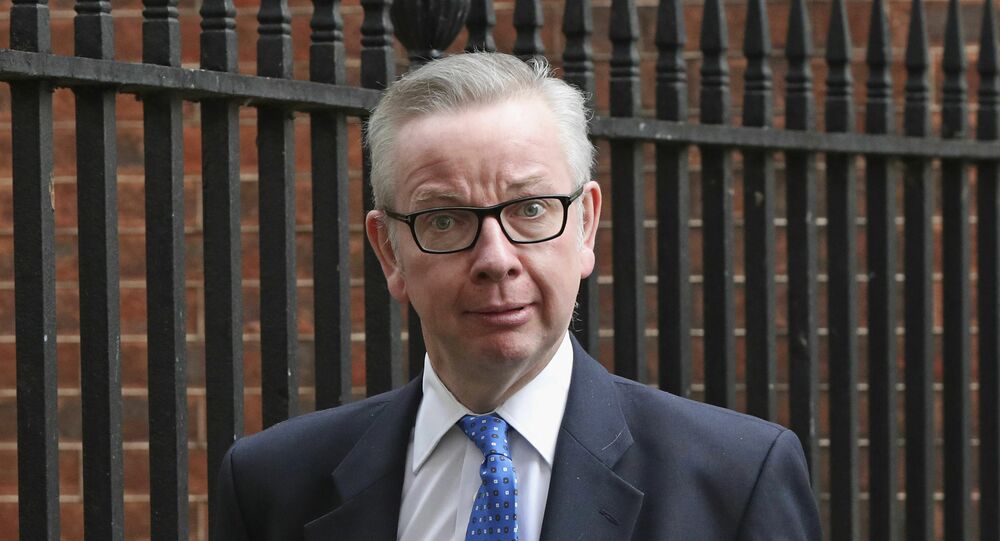 The Cabinet Office minister has bashed Labour’s spending plan to earmark tens of billions of pounds for public compensations as a grave assault on the country’s prosperity that could cripple the economy “in five easy pieces”.

Minister for the Cabinet Office Michael Gove noted in a Sunday Times op-ed that Labour's fiscal plans would leave the British economy in tatters, offering a flowery quote from economic commentator and radio personality Paul Mason:

“It's instructive that the Corbynite economic guru Paul Mason has said the country would face an economic 'Stalingrad': a devastating assault on our security and prosperity", the chancellor of the Duchy of Lancaster said.

“Never in the field of economics has so much damage been directed at so many by so few”, Gove remarked, explaining at length:

“It is an access-all-areas, full-spectrum, take-no-prisoners, will-the-last-person-leaving-please-switch-off-the-lights assault on growth and prosperity which seems designed to demonstrate just how quickly you can take down an economy in five easy pieces".

Gove remarked that Labour's manifesto represented a grave “assault on growth and prosperity”, with the minister calling on voters to throw their weight behind Boris Johnson and his manifesto.

Sajid Javid, the chancellor of the exchequer, warned this morning that there would be a “crisis by Christmas” if Corbyn forms the next government, while former MI6 chief Sir Richard Dearlove expressed a view that Corbyn would jeopardise the country’s national security if he is handed the keys to 10 Downing Street.

Labour proposed an £83 billion increase in day-to-day spending on public services, suggesting that it be funded through tax hikes on the top five percent of earners and big business. More specifically, the party said overnight that it would pay compensation to an estimated 3.7 million women who believed they had lost out financially due to changes in the state pension.

Meanwhile, the Conservatives stated in their manifesto that no tax hikes would follow during the next Parliament.

When asked on the BBC's Andrew Marr Show about the possibility of an extension, Michael Gove spelled it out Sunday, saying a new trading relationship with the EU is coming soon:

“We’ll be out of the EU actually by January, we will have formally left", he said.

"We've done a huge amount of work already, alongside the Withdrawal Agreement, in the political declaration which lays the groundwork for the deal we want ... We will secure a deal”, he further stressed.

Speaking of the deal, Johnson, in his turn, promised that his “early Christmas present to the nation” would save families from “the seemingly unending Brexit boxset drama”, pledging to swiftly rush his EU-approved deal through the Commons if he wins a majority on 12 December.

The two major No. 10 candidates, incumbent Tory PM Boris Johnson and opposition leader Jeremy Corbyn, are currently running neck-and-neck, according to fresh YouGov polling, being about two percent away from each other.