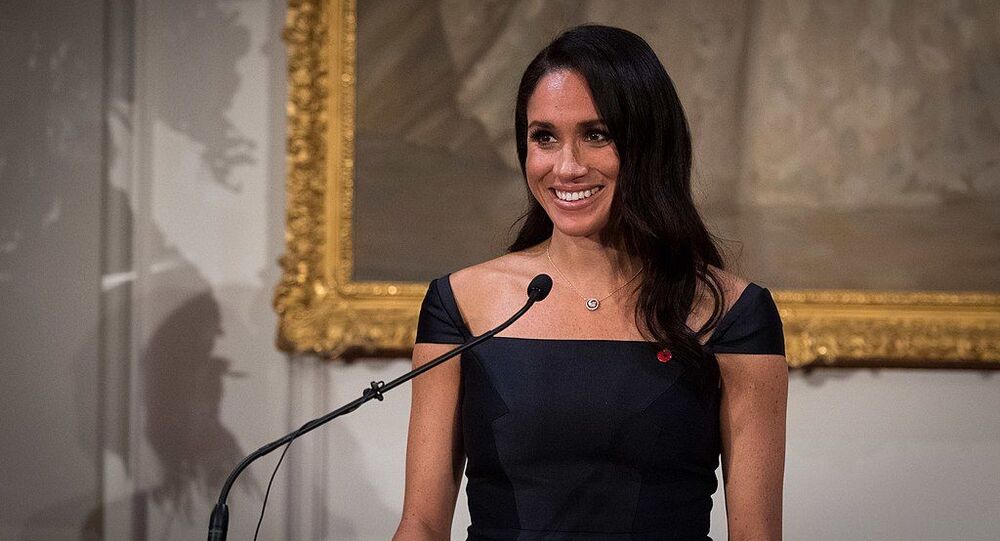 The Duke of York commented on his friendship with paedophile Jeffrey Epstein and allegations that he had sex with a 17-year-old girl who had been trafficked by the disgraced financier in an interview with the BBC last week. He also stepped down as a royal public figure and was reportedly told to move his private office out of Buckingham Palace.

Friends of Duchess of Sussex Meghan, who is known to be a staunch advocate of women's rights, were horrified and left feeling uncomfortable by Prince Andrew's remarks about sex with an underage girl amid the ongoing Epstein scandal, The Telegraph reports, citing an unnamed source.

In his interview with the BBC, aired last week, the royal, embroiled in a sex scandal, denied that he had sex with Virginia Roberts Giuffre when she was just 17, but gave an explanation that stunned former US actress Meghan Markle’s friends, as the report by The Daily Telegraph suggests.

He noted that “if you're a man it is a positive act to have sex with somebody", and so he would recall if he had slept with the woman.

According to the outlet, one of Meghan Markle’s friends noted that Prince Andrew’s interview had "left everyone watching it wanting to curl under a table. It just got worse and worse and worse".

"Actually, it's a positive act for anybody, man or woman to have sex, because if it's not a positive act, then there is not that consent, and that's rape", Liberal Democrat leader Jo Swinson stated, noting that his line of argumentation was "very difficult" to hear.

Although Queen Elizabeth’s son gave the aforementioned interview to the BBC to put an end to speculations about his friendship with convicted paedophile Jeffrey Epstein in what seemed to be an attempt at damage control, it only went downhill. The Telegraph reports that he was told to stay away from his much-cherished business venture Pitch@Palace, founded by the Duke of York and run from Buckingham Palace. The “@Palace” part of its name is being removed, as is the clause that allowed him receiving two percent from investment deals.

© AFP 2021 / Lillian Suwanrumpha
Queen Reportedly ‘Kicks’ Prince Andrew’s Office Out of Buckingham Palace Amid Epstein Probe
The company will reportedly have to find other premises for its staff, while the prince is being told to move his private office out of the Palace, The Times has revealed. The move was reportedly authorised by the Queen herself.

Earlier this week, the 59-year-old said in a statement that he had asked his mother, Queen Elizabeth II, if he could step down from public engagements “for the foreseeable future”, which she accepted. He explained that the ramifications of the scandal and ongoing probe into the dealings of the paedophile had hit his "family's work" and "many organisations and charities" that his family supports.

Several of Epstein's alleged sex victims claimed in separate lawsuits that they had witnessed Prince Andrew – the youngest son of Queen Elizabeth II – present during multiple parties at Epstein's mansions.

One of the main pieces of evidence against Prince Andrew is documented in a 2001 photograph of Virginia Roberts Giuffre, now 35, with the prince’s arm tightly around her waist, when she was 17. Giuffre, one of Epstein's many accusers, has testified that the paedophile has sex-trafficked her to Britain's Prince Andrew. The royal family and Prince Andrew have denied involvement in any crime or knowing about the crimes committed by Epstein.

© REUTERS / Jim Urquhart
‘Perfect Storm of Screw-Ups’: US Attorney General Asserts Epstein Committed Suicide
Financier Jeffrey Epstein, the deceased convicted sex abuser, had been under investigation for nearly two decades at the time of his suspicious death earlier this year. The convicted paedophile – who is reportedly linked to many wealthy and powerful people, including US Presidents Bill Clinton and Donald Trump – was inexplicably taken off suicide watch, despite reportedly having tried to kill himself just weeks earlier. In 2008, he was sentenced after being convicted as a sex offender and paedophile. Epstein served a light sentence of just 13 months.
...
Reddit
Google+
Blogger
Pinterest
StumbleUpon
Telegram
WhatsApp
54