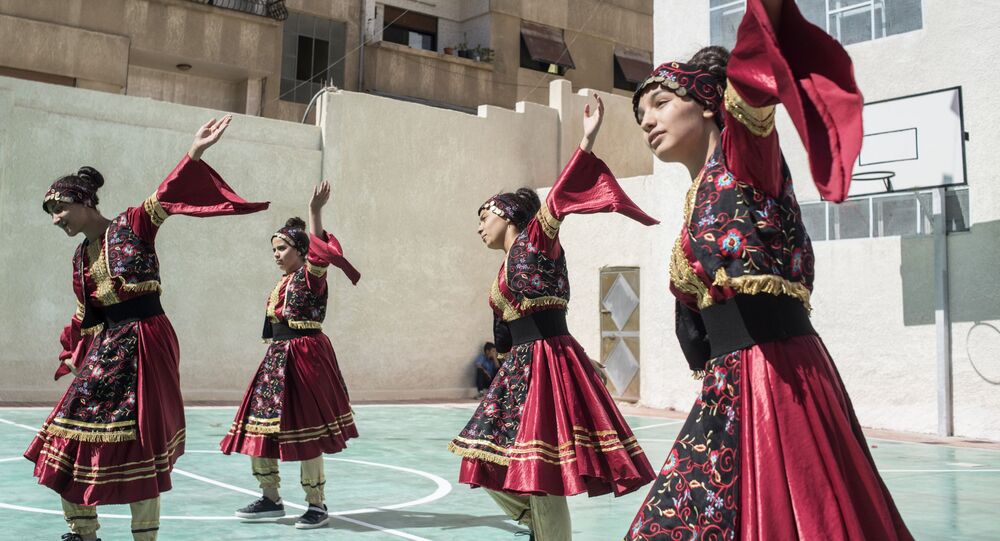 The MPs from the party Alternative for Germany travelled to the war-torn country in 2018 to find out if the country was safe enough to send back Syrian refugees, who fled to Germany along with other migrants from the Middle East to escape military conflicts. Doubt has been cast on the group’s conclusions by officials and AfD’s rivals.

Lawmakers from the Alternative for Germany’s parliamentary group have called on the German government to establish economic relations with Syria as they set out to travel to the Middle Eastern country. In a press statement, the party noted that the primary goals of their journey are to acquire a picture of the situation on the ground and to continue an intensive dialogue. As MP Udo Hemmelgarn pointed out, they are focused on bilateral relations, which have been completely frozen under Angela Merkel’s government.

“I came here to take care that the sanctions against Syria will be ended, that we will finally have decent diplomatic relations, and that we can find a potential way to bring many Syrians back to their homeland from Germany – where there are almost 770,000 of them”, he told the outlet bitchute.com.

In a Facebook post with pictures from the Syrian capital Damascus, Bundestag member Waldemar Herdt wrote that the city “is absolutely peaceful and secure”.

“I have no concern about being safe and sound when we're there. With our Syrian partners, we will now do our best to ensure that the Syrians from Europe can return to this beautiful country without any disturbance”, he posted.
The delegation is to present the full account of their trip upon returning to Germany.

At the same time, the German Foreign Ministry continues to classify the country as dangerous.

"All Germans who have not yet left the country are asked to leave Syria”, a statement on their website reads, while the German Embassy in Syria remains closed until further notice.

© AFP 2021 / FABRICE COFFRINI
Germany Willing to Send $116Mln Euros to UNHCR to Help Syrian Refugees - FM
This is not the first time that AfD politicians have gone to Syria to evaluate the situation in the country and show that it is safe enough for migrants, who are currently in Germany, to return there. Their group travelled to Syria in 2018, something which was condemned by their political rivals and the German government, whose spokesman Steffen Seibert said that the one “who courts this regime disqualifies itself”.
...
Reddit
Google+
Blogger
Pinterest
StumbleUpon
Telegram
WhatsApp
171