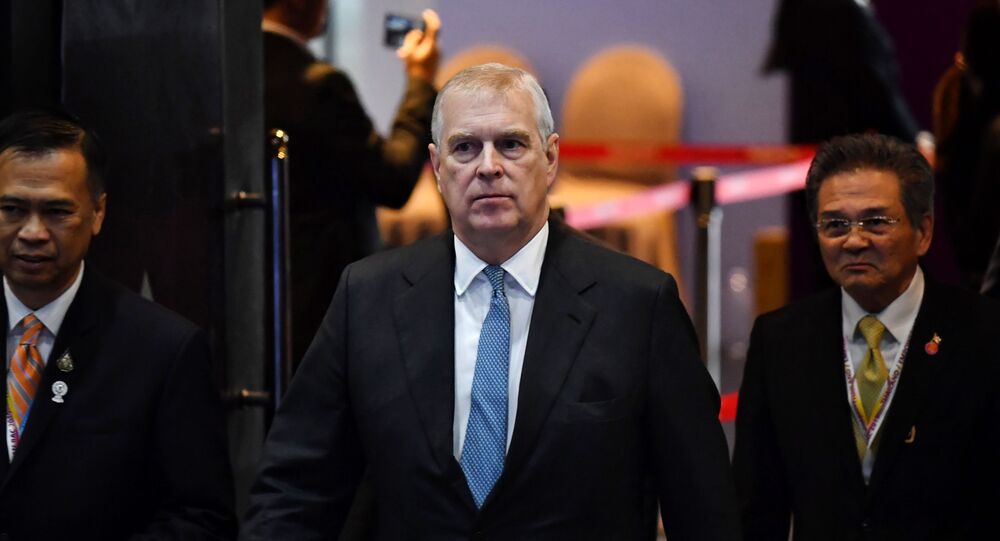 The Duke of York has been seen for the first time since he announced he was dropping out of the public eye. He was seen leaving Buckingham Palace on Thursday evening looking exceptionally stunned, if not shocked.

Apart from stepping down as a royal public figure, the duke is also being told to move his private office out of the Palace, The Times has revealed. The move, authorised by the Queen, means that he will have to find other premises for his staff of his much cherished business venture Pitch@Palace.

'For the Sake of Clarity'

According to the Buckingham Palace, cited by the British edition, it would be better, for the sake of “clarity”, if Andrew’s office were based elsewhere. Leaving it inside the Palace could, it is understood, leave everything open to “misinterpretation”. As a member of the royal family he will, however, be allowed to keep his private quarters there, while generally moving out of the public eye.

Andrew appears to have bowed to pressure and stepped down, with The Telegraph first reporting the move, which came a day after one sponsor said his plans to continue leading Pitch@Palace were "not tenable".

The Duke of York was captured on camera leaving Buckingham Palace in his car, looking extremely perplexed after reported conversations with the Queen.

Regarding his royal partronages, the other working royals are expected to take over Prince Andrew's commitments for the foreseeable future, as is customary in the event of a resignation.

The announcement that he would be stepping down, depicted by Buckingham Palace as "a personal decision", was reportedly taken following negotiations with the Queen and Prince Charles.

The developments followed days of speculation about his future after the backlash he faced because he appeared to have been on friendly terms with convicted paedophile Jeffrey Epstein. In yet another blow revealed yesterday, it emerged that Andrew had holidayed at the Caribbean estate of Peter Nygard, a fashion designer accused of sexually assaulting three women.

No Ties with Prince Andrew?

Meanwhile, a variety of organisations have announced they are cutting ties with the Duke of York. For instance, the University of Huddersfield said the prince was immediately stepping down from his role as chancellor at the institution, while the Association of Leading Visitor Attractions - which represents tourist sites such as museums and  galleries across the UK - issued a statement saying the prince was no longer its president.

The prince has been urged to thrust himself forward to be interviewed by US investigators who are looking into allegations against Jeffrey Epstein, who is believed to have committed suicide in his New York cell while awaiting trial.

In his statement on Wednesday, Prince Andrew said he was "willing to help any appropriate law enforcement agency with their investigations, if required".

David Boies, a lawyer representing Virginia Giuffre and other accusers, said the prince's withdrawal from his royal duties was "a positive first step towards taking responsibility for his actions".

"A second positive step would be to agree to be interviewed by the lawyers representing the victims of Jeffrey Epstein", he added.

Epstein, the now-deceased convicted sex abuser, had been under investigation for nearly two decades by the time of his suspicious death earlier this year.

The convicted paedophile, who is known to have rubbed shoulders with many wealthy and powerful people, including US President Bill Clinton, was taken off suicide watch, despite reportedly trying to kill himself just weeks earlier.

Before the latest sex trafficking charges, he was earlier convicted as a sex offender and paedophile but served a light sentence of just 13 months.