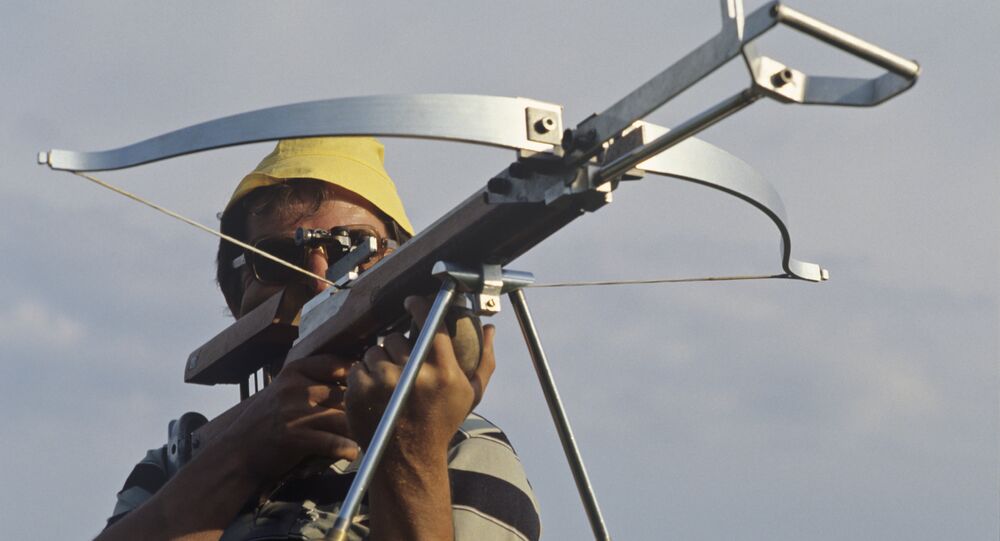 A man who bought two crossbows online has been found guilty of murdering his pregnant ex-wife by firing the weapon into her abdomen at her home in London. Sputnik spoke to Gary Tremble, who sells crossbows online and said that if used correctly they could be “a lot of fun”.

Ramanodge Unmathallegadoo, 51, faces life in prison after being convicted on Friday, 22 November, of murdering his pregnant ex-wife, Devi, 35, and attempting to destroy her unborn baby.

Mrs Unmathallegadoo — who had changed her name to Sana Mohammed after marrying a Muslim — died on 12 November 2018 when her ex-husband fired a crossbow bolt into her abdomen at her home in Ilford, east London. 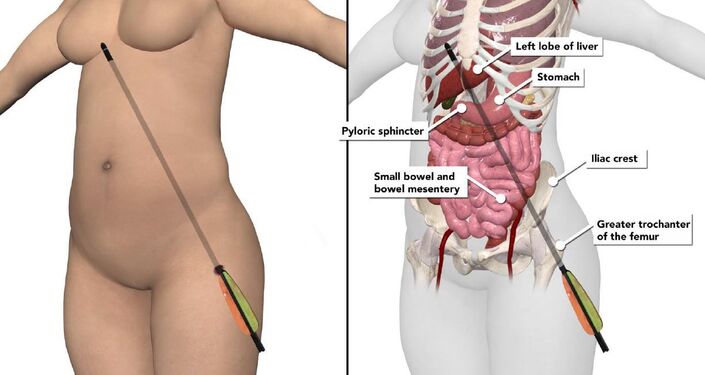 She was eight months pregnant but miraculously the baby boy survived and was born in an emergency Caesarean operation later that day.

Her ex-husband was convicted after a retrial.

Wes Streeting, a Labour MP who represents Ilford, raised the matter in Parliament.

"Given these weapons, like the crossbow, used to kill my constituent are readily for sale online, can I urge the Prime Minister to urgently and seriously look at expanding the Offensive Weapons Bill so that we can toughen the scope of the laws governing the sale, the possession and the use of these deadly weapons," Mr Streeting told the House of Commons.

In response, the then Prime Minister Theresa May said crossbows were "subject to strict controls" but the government would "consider the risk to public safety and whether further measures are needed."

At the time of publication, crossbows were still on sale on a number of websites which advertised delivery in the UK.

The trial of Unmathallegadoo, at the Old Bailey in central London, heard he had purchased several crossbows online.

Gary Tremble, the director of Outdoor Hobbies, a website which sells a wide range of crossbows, said the murder was "awful" but it would be wrong to suddenly ban the sale of these weapons on the basis of one case.

"There aren't many nutcases out there…this case was extremely rare. Crossbows have been around since medieval times. That poor woman was in the wrong place at the wrong time," Mr Tremble told Sputnik.

Peter Wright, QC, prosecuting, said Unmathallegadoo was waiting until his own three children — who ranged in age from 12 to 17 — left to go to school. 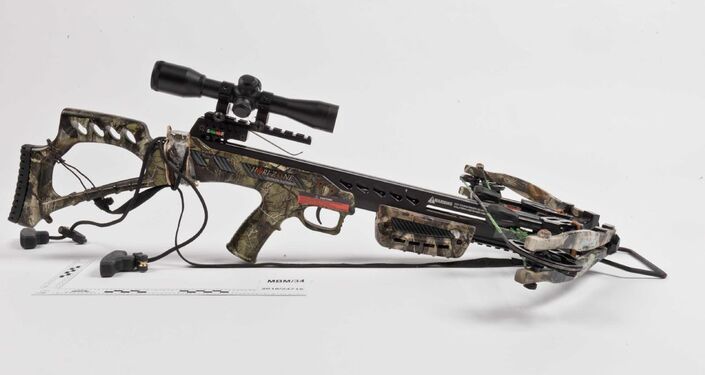 Mr Wright said Unmathallegadoo chased Mr Mohammed into the house and then turned his attention to his ex-wife, who was running up the stairs.

Couple Came From Mauritius But Marriage Broke Down in UK

But their relationship broke down and they divorced in 2014, two years after Devi married Mr Mohammed in an Islamic ceremony and changed her name to Sana.

Mr Wright said Unmathallegadoo was unable to handle the rejection and began stalking the couple and plotting their demise.

Bigots are speaking out and blaming Muslims for this attack. Not that this should matter, but the perpetrator is *not* Muslim - the person charged with her murder was her ex (when she was Hindu) - Ramanodge Unmathallegadoo pic.twitter.com/j7BoK7ixBp

​He bought his first crossbow online in April 2015 and bought another in December 2017. In February 2018 he bought crossbow bolts online.

After one of the crossbows was removed by police after a local resident found it hidden behind an electricity sub-station in March 2018, Unmathallegadoo bought another crossbow on eBay in May 2018. 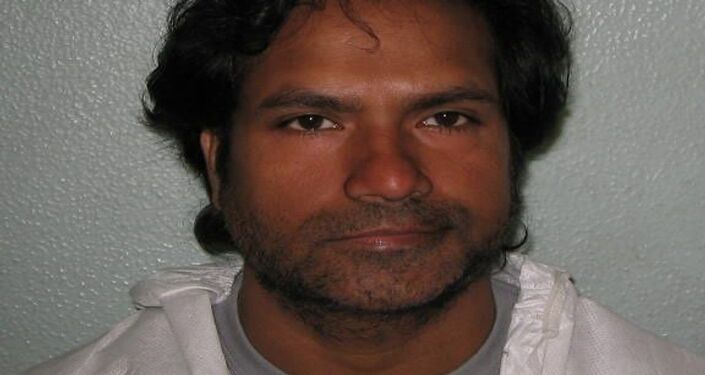 His ex-wife had two children with Mr Mohammed and got pregnant again in 2018.

Mr Wright said crossbows were "ferocious weapons" and Unmathallegadoo went online to buy a mechanical crank in order to load the bolts.

"You can't reload them quickly. So if you intend more than one victim you will require more than one loaded crossbow," Mr Wright told the jury.

On the day of the murder Unmathallegadoo was armed with two loaded crossbows but he only fired one bolt before being persuaded by his sons to put down the weapons.

Unmathallegadoo tried to claim he killed his ex-wife while aiming at her husband but the prosecution proved this was a lie and she was his main target.

Crossbow killer Ramanodge Unmathallegadoo convicted at the Old Bailey of murdering his pregnant ex-wife, in a three-year revenge plot after she left him and married another man.

​​Mr Tremble said crossbows could only be bought by people over the age of 18 and he said they made "strict checks" and required proof of age before agreeing to sell the weapons.

The Case Against Restricting Crossbow Sales

"There are thousands of law-abiding citizens who use them in the correct way. It would be a massive over-reaction (to stop online sales). It's not an epidemic. They are deadly weapons but so are nailguns, screwdrivers, axes. When used currently they can be a lot of fun," Mr Tremble told Sputnik.

"This case is awful and it's because it was a pregnant woman, but there is no epidemic. Crossbows are big. You can't hide them. He (Unmathallegadoo) hid it in a shed in the middle of the night. Because if the police see you carrying one of these they will shoot you," Mr Tremble told Sputnik.

Mr Tremble said crossbows should not be treated in the same way as shotguns and he said if they were to be more closely regulated, then it should also apply to bows and arrows, which are used by thousands of people involved in archery.