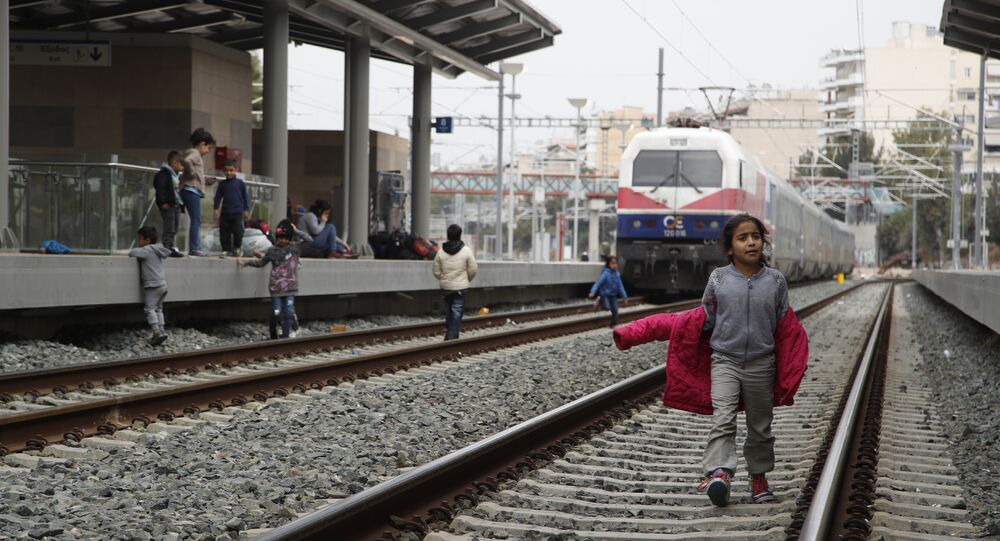 MOSCOW (Sputnik) - The Greek government on Wednesday unveiled plans to organize five closed detention facilities on the Aegean islands, where migrants would be kept prior to their deportation, as part of Athens' efforts to ease pressure on overcrowded migrant camps on the islands, media reported.

According to government spokesman Stelios Petsas and Deputy Defense Minister Alkiviadis Stefanis, the closed facilities are intended to replace the overburdened open camps.

The capacities of the facilities, which are planned to be built on the islands of Samos, Chios, Lesvos, Kos and Leros, will be between 1,000 and 5,000 people, Greece's Kathimerini newspaper said.

Greece struggles to provide adequate accommodation and living conditions for all newcomers and blames Turkey for failing to curb migration to Greece, as per the 2016 EU-Turkey deal on migration. The EU border agency Frontex estimates that the migrant flow to Greece from Turkey surged 31 per cent since the start of 2019 as people seek a better life in the European Union. Moria, one of the main camps, was initially designed to accommodate 3,000 people, but its population has grown to 12,600 as of September.

In recent months, there were several incidents of violent unrest within the camps, with migrants demanding that they be immediately transferred to mainland Greece.