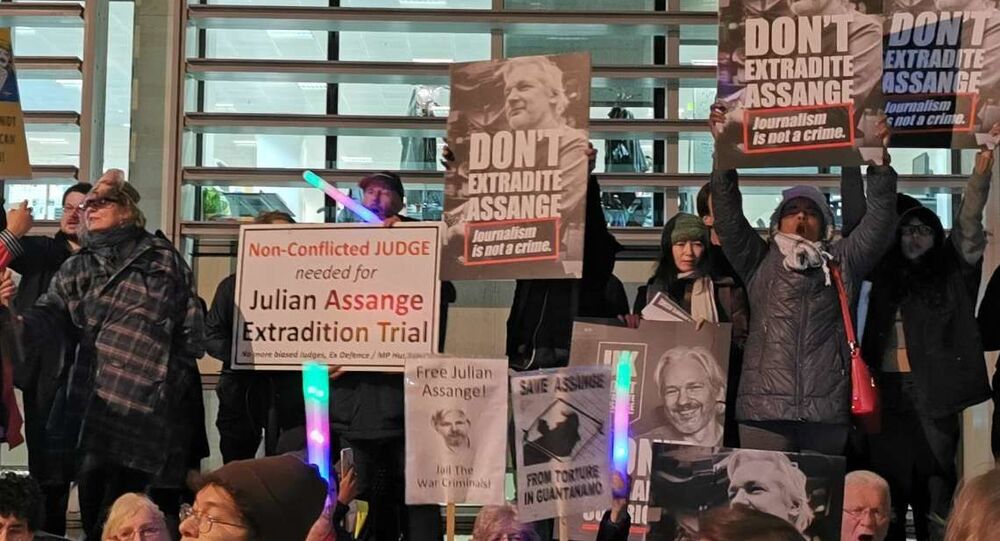 The decision by Swedish prosecutors to drop, yet again, their investigation into allegations of sexual assault against WikiLeaks founder Julian Assange does not negate the "devastating effects" their case has had on his life and liberty, but it should result in his release from custody, say supporters.

The latest discontinuation of "preliminary investigations" into allegations of sexual assault by Swedish prosecutors should result into a revaluation of his case, according to his supporters.

Emmy Butlin, of the Committee to Defend Julian Assange, said that the Swedish case against him in 2010 was, "politicised from its inception to its conclusion". Speaking exclusively to Sputnik, she noted that Swedish authorities helped to create a "legal quagmire" which was used to "deny solidarity with Assange" and which, "curtailed an innocent man's freedom with devastating effects on his health and family life". All of this was done, "whilst the US prepared charges that could could lead to 175 years of incarceration in a US maximum security prison," she said.

Chris Williamson, a former Labour MP for Derby North who is now standing as an independent, argued that this latest decision should result in Assange's release from prison:

There is now no fig leaf of an excuse to continue to detain #JulianAssange. In any functioning democracy that subscribes to the rule of law, the Home Secretary would order his immediate release. https://t.co/esqPVQVMI5

​Butlin, and the grassroots organisation she is a part of, have regularly appeared outside court hearings, and supported and co-organised events, pickets, and protests, outside of Belmarsh prison, the Home Office, and elsewhere in defence of Assange.

"During this this nine year ordeal the WikiLeaks publisher has remained firm in his co-operation with the authorities relating to this preliminary investigation. In 2012 he took steps to protect his life and freedom from the clear persecution and potential prosecution by the United States [Department of Justice] bent to punish him for WikiLeaks's embarrassing disclosures," Butlin added.

"It was also instrumentalised," she said, "to lead him to a UK high security prison, Belmarsh, under false pretences and prejudice the judicial profession in the UK against him."

She said that those "who have stood in solidarity with Julian Assange have learned a lesson on how cruel and unjust state power can be."

In a statement on 19 November WikiLeaks editor-in-chief Kristinn Hrafnsson said: “Sweden has dropped its preliminary investigation into Mr Assange for the third time, after reopening it without any new evidence or information. Let us now focus on the threat Mr Assange has been warning about for years: the belligerent prosecution of the United States and the threat it poses to the First Amendment.”

Despite Dropped Accusations Against Assange, His Extradition to US Likely 'Approved' - Pundit